14ymedio, Lorey Saman, Mexico, 24 August 2020 — Thousands of Cubans remain on the northern border of Mexico, waiting for an immigration process to enter the United States that is becoming more distant every day.

Between the executive orders of President Donald Trump and his administration to change the asylum rules, as well as the difficult health conditions experienced from Covid-19, both in the United States and in Mexico, despair among migrants is growing ever higher.

After the elimination of the wet foot/dry foot policy, the process of entry of Cubans through the border received a severe blow, to the point that hearing of some trying to cross illegally into North American soil has already become common.

Recently, Mexican media reported that a group of 36 immigrants, including Cubans, were found by the Border Patrol in a safe house in El Paso, Texas.

According to the investigations, these people may have entered the United States through the Monte de Cristo Rey in Sunland Park, New Mexico, a town located in the Anapra area of Ciudad Juárez. 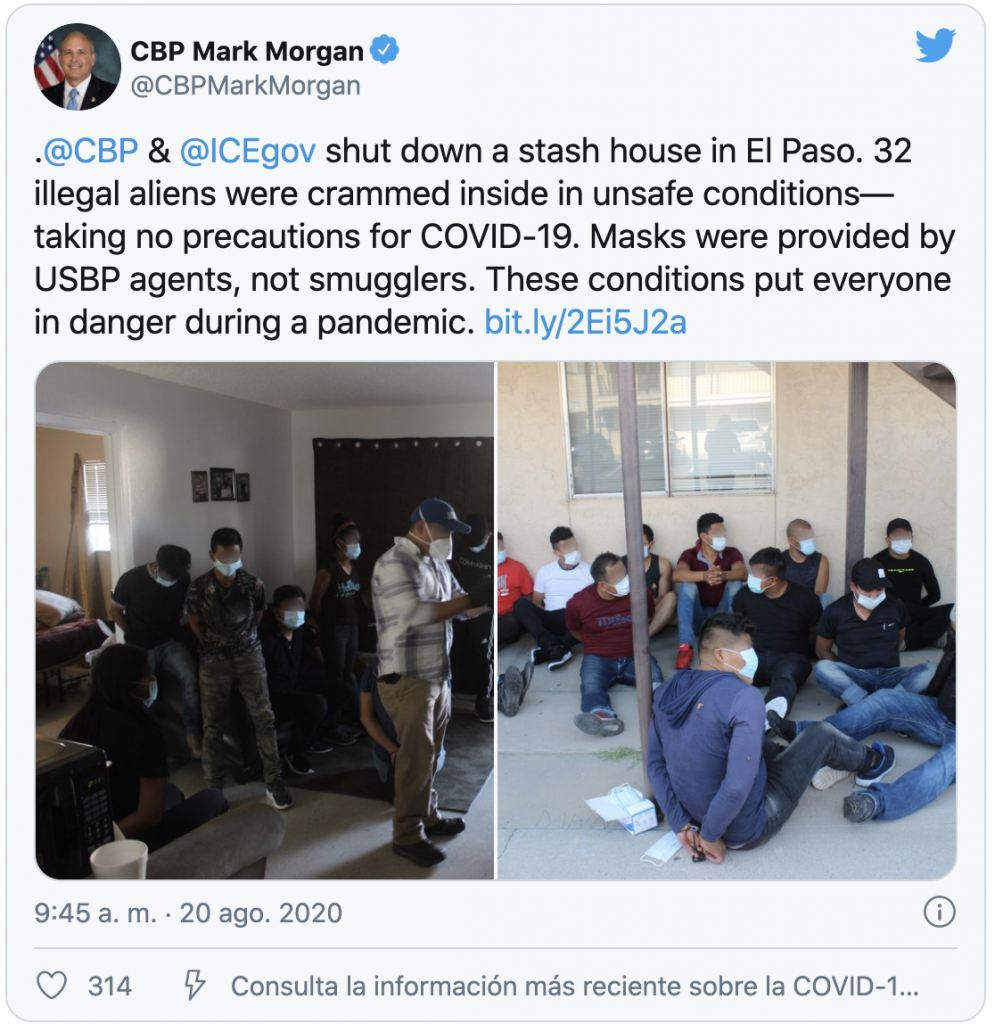 It is precisely in Ciudad Juárez, hundreds of Cubans wait to appear before an asylum court, sleeping in shelters, cheap hotels and rented rooms, as a result of the Migrant Protection Protocol (MPP).

The MPP, also known as the “Stay in Mexico” program, forces most asylum seekers to wait for their immigration process in Mexican territory. Since this policy began in December 2018, the United States has returned more than 50,000 people to Mexican border cities.

Official figures released by the Customs and Border Protection Office (CBP), highlight that, in the first semester of fiscal year 2019, at least 119 Cuban citizens were detained in the Del Rio sector, which represented a 1,600% increase compared to the fiscal year 2018 when officers detained only seven.

Also a few months ago, as a result of the spread of Covid-19 and the immigration measures of the current US administration, a group of Cubans stranded on the northern border of Mexico made a call on social networks directed at North American politicians to review the MPP.

Added to this situation of migrants from the island living on the northern border of Mexico is the latest news of boats that have left Cuba, such as a boat that departed with eight people, including two children, on August 15 from Caibarién bound for Florida.

The search was suspended on August 24. The rescue teams worked for four days using two planes and four boats, without finding the rafters. “We searcged 27,813 square nautical miles, approximately the dimensions of South Carolina,” said the official note from the United States Coast Guard.