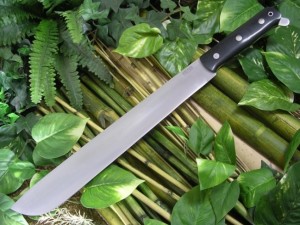 He died as he had planned. It may have been a fit of improvisation. We will never know.

But the suicide of Alfredo, better known as ‘Package’ in the La Vibora neighborhood, is still discussed among neighbors and friends of this marginal mestizo whose 40 and a few years were spent somewhere between prisons and brief oases of freedom.

I knew him. He was a short, slow talking, lost looking and gloomy. When the neighborhood got to discussing who was the best hitter in Cuba, Rey Vicente Anglada or Alfonso Urquiola, holding forth in the doorway of Matilda, the only neighbor who would allow these late night gatherings, drinking alcohol with water that cost us 5 pesos a bottle from the home of the negress Giralda, ‘Package’ already had his history in the neighborhood.

One Saturday night at the home of a friend from high school, to the rhythm of Roberto Carlos, Led Zeppelin or Deep Purple, Alfredo arrived with his head down, casually smoking a marijuana cigarette.

We were all silent when he approached the group and asked, “If you want to try it, this herb is called Black Bird.” We stayed together and each in his way gave an excuse not to try the marijuana that briefly threatened to burn his fingers.

At that age, we felt a genuine respect, almost fear, for ‘Package’, a guy who had pulled nearly 12 years in prison. In the ‘bag’ (prison) he cut the face of another character of the neighborhood, ‘The Salted Soap’, the same specimen.

With that nickname, the best option to avoid him was to cross the street when ‘Salted’ passed, a bully after two liters of rum. ‘The Soap’ would die from a beating with sticks inflicted by the police, close to the then Tenth Police Unit at Avenue de Acosta.

Over the years, Alfredo inspired more pity than fear. He had shrunk and was chronically malnourished. And he was off in the head. I remember seeing him talking to himself in the early mornings or hatching outlandish plans in a seedy cafe at the corner of Calzada de 10 de Octobre and Patrocino.

He wasn’t a bad guy. He barely spoke and wasn’t a habitual drinker. He returned to prison for some petty crime. A few months after finishing his sentence he, landed in a mental hospital.

A few days ago ‘Package” killed himself. According to the neighbors his father was working in the yard when his son said, “Old man, take ten.” He took the machete, leaned against a wall and plunged it into the center of his chest as if it were a Japanese Samurai sword. Right in the heart.

He died instantly. Many neighbors are still wondering why Alfredo killed himself hara-kiri style “a la cubana.”

According to statistics, suicide is the leading cause of violent death in the world. Greater numbers kill themselves than die in war, and even traffic accidents, and the gang wars in Mexico.

In Spain, from 9 to 10 people immolate themselves up every day. It’s an epidemic. Cuba’s suicide rate is among the highest in the world. The regime does not like to mention that statistic. Nor report the stories of this red chronicle.

It’s a bad image for “a happy people, hospitable, who love to rumba,” according to the little sign in the official media. So Alfred, alias ‘Package’ was not news.