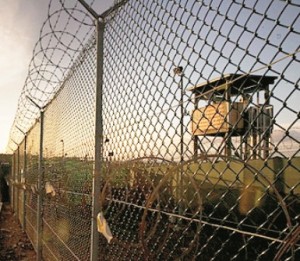 Trying to analyze the strategy of the Castro brothers is an exercise in pure abstraction. Their way of moving tokens on the political board tends to go against logic. The incarceration of 75 dissidents ordered by Fidel Castro in the spring of 2003 was a miscalculation.Foreign pressure led General Raul Castro to correct the error.

In February 2010, the death of peaceful opponent Orlando Zapata Tamayo after a prolonged hunger strike was the trigger for the government to initiate tripartite negotiations with the national church and the Spanish Foreign Minister Miguel Angel Moratinos.

Not much. Enough to tiptoe across the world stage and mitigate the criticism by western governments for the repeated violations of human and political rights.

Political prisoners constitute a formidable weapon in the Castro regime. They are exchange currency. A valuable piece in any negotiation. It has always been so. After the Bay of Pigs victory in April 1961, Fidel Castro swapped enemy soldiers for stewed fruits and powdered mashed potatoes.

It was common, passing through the Palace of the Revolution, that foreign dignitaries would bring in their pockets lists of prisoners to free in exchange for credit, economic help or support for the regime. A frowning comandante denied or authorized the liberation of an opponent. Not everyone has the same value for local leaders: it depends on the media interest that they have outside of the island.

They are like hunting targets. Armando Valladares, Huber Matos, Eloy Gutierrez Menoyo or the poet Raul Rivero were valued prisoners. Their liberty was measured in greater concessions by European governments and favorable votes in international tribunes. Facts and figures are not known about the quantity of money or long term loans that the release of a dissident has meant in these 54 years.

With a view to negotiate with a favorable wind, the Cuban jails have always been full of dissidents. In the ’70’s there were thousands. Hundreds in the 21st century. These days there is a problem. The jails are empty. Harassment, repression, arbitrary detention of peaceful democrats by special services continue. But behind bars there are no heavyweight dissidents that serve to establish an advantageous deal.

The old and sick gringo Alan Gross is thought to be the one they can get the most for. Obama and Hillary Clinton demand his freedom without conceding anything in exchange. Then they decided to incarcerate an “A-list” dissident. There had to be others on the waiting list from whom the regime thinks it could get better yields. It is here that Antonio Rodiles comes into play.

Miriam Celaya, journalist and alternative blogger, considers that the probable prosecution of Rodiles as a resistance figure encompasses several possible readings. And it could be a trial balloon to measure the international brouhaha.

Also, Celaya thinks, after the presidential election victories by Hugo Chavez and Barack Obama, guaranteed petroleum for six years and the remittance greenbacks from the United States thanks to the measures towards family reunification approved by President Obama, the military mandarins feel strong.

The reporter also analyzes the trajectory reached by Rodiles in his free debates about national issues or his Demand for another Cuba that has put the Havana government on the defensive.

Antonio Rodiles is a liberal dissident, open and modern. Nephew of General Samuel Rodiles Plana, at the front of a legion of combat veterans usually convened to verbally lynch and hand out blows to the Ladies in White and peaceful opponents.

The legal charge brought against Rodiles is a mockery of human intelligence. In what way can a man resist a violent detention surrounded by dozens of guys trained in personal defense techniques? The only manner of resistance that the Cuban opposition has is to scream quite loudly its disagreements and to condemn the abuses. The ration of beatings always comes from the opposite sidewalk.

The presumed conviction of Antonio Rodiles creates a new and bad precedent on the national map. It is a message of coming and going by opponents, independent journalists and bloggers. No one is safe. The regime offers two exits: you either shut up or you buy a one-way airline ticket. Whoever does not accept the rules of the game can go behind bars for some years.

The era of fear returns. The screech of cars with tinted windows outside of the house. The loud knock on the door. The uncertainty of your personal and family life. It is the nature of the regime. Crushing and censuring you with the use of force. The essence of the doctrine based on prison for those who think differently. It was always so.

The time to fill the jails has arrived. Bad times have returned.

Translator’s note: Antonio Rodiles has now been released with a small fine and the charge of resisting arrest dropped.