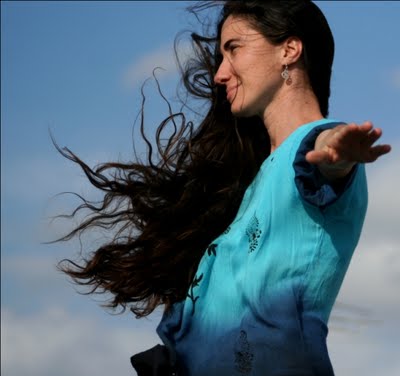 CINDERELLA AND THE PAINTER

Cinderella, the tail of this torpid alligator, the westernmost point of a country that long ago ceased to call itself the West. That’s Pinar del Rio, a place that has remained in the memory of thousands of Havanans, where we spent our long stays at schools in the countryside, with its cool mornings and the resin of tobacco that stuck to our clothes and pulled the hairs on our arms. Territory in a contrary sense, also, if I do not think to try to buy a train or bus ticket in Santa Clara and Camaguey to travel straight to this lackluster city which is 150 kilometers from the capital. Nothing comes from central or eastern Cuba to the land of Cuyaguateje. With its Prague cinema and Coppelia one-flavor ice cream place, Pinar del Rio is, in a sense, more of an island than the Isle of Pines itself, more of a shallows than the Zapata Swamp, more arid than dry Guantanamo. Because its is the timidity that comes with oblivion, the drought that brings constant emigration to the lands of greatest hope, the slumber resulting from economic collapse adorned with billboards full of triumphalism.

We face it, the fairy tales–and political fables–we have been deceived. Cinderella did not get even the shoe promised by a prince whose interest was never actually in installing her in the palace.

And holding the hand–or serving as a crutch–of this damsel in distress that is Pinar del Rio, are its painters. What an area for brushes! Figures that emerge from the narrow inlay of a painting, from the contours traced in acrylic or oil! Without street lights it has, however, the perennial glow of artistic creation. When, in January 1998, John Paul II flew over the region, from their roofs and patios thousands of Pinar del Rians pointed shards of mirrors toward the papal ship that would never land there. Because this neglected portion of our island has a fascination with the tricks of light, surrenders to reflections and phosphorescence.

Perhaps this is why it was precisely there that “The Great Blackout,” a work by Pedro Pablo Oliva which has been labeled by many as the Cuban Guernica, was conceived and created. The dark, desperate faces–not from bombs but from the hardships of the Special Period–were transported from their provincial reality, repeatedly affected by hardship, to the easel. Although at that moment he had already created work worthy of being hung in the museums of the whole world, this was his re-creation of the material and moral disaster of those years which he located in the visual imagination of his compatriots. “It had to be from Pinar del Rio,” we all said in reference to the cruel jokes played on those who were born in that part of the country. We said it because we knew that for them the darkness is doubled, the misery is greater, the disappointment more profound.

So, like someone with a firefly in his hand, Pedro Pablo Oliva was lighting the twilight. He opened his home-workshop on a roundabout encircled by colonial houses, which quickly became the most vivid point in the entire town. After crossing the wide porch one came to a room of rocking chairs and sculptures on all sides. A faucet made of clay displays a perennial drop of water that never falls on the wood of the table where it sits. The patio at the end of the house is also like Oliva himself: warm, cheerful, wise. And with brush in hand, the same man who boldly mixes tones in his paintings and friends in his life, bumps into us.

When he won the National Plastic Arts Prize in 2006 we thought that he only expected rest. The placid apathy felt by those who believe they have reached the top. But he decided to continue getting into trouble, which for a painter means to continue painting. Also he became part of the Provincial Assembly of Popular Power, which has nothing to do with art but with certain sheltered illusions. He believed he would be able to influence the national road map as a citizen, from the seat of a delegate and militant of the only party permitted by law. To what extent this ideological affiliation allowed him to slave away  with the best in his pictorial work, is something we all wonder. But I prefer to believe the audacity of his palette compensated any other wisdom, any of its controversial applause.

We live now, however, in times of extreme definitions and stereotyped categorizations. Someone who can speak with the Minister of Culture and in turn attend a reception at a European embassy does not fit into any of those molds which gain more legal and media force every day. So Pedro Pablo Oliva felt the animosity grow, the whispers behind his back, and over and over they tripped him up to see him refuse or to refuse him. As a plain and honest guajiro he was able to say, “Look how suddenly sad the morning is,” he began to relate there what he thought about some thorny issues. Matters about which others keep careful silence. Oliva could also well have been silent. We are reminded that the ability to market their art abroad and to earn hard currency–in which they do not pay our wages–has sealed the mouth of more than one artist. We have seen them renounce conflict, at the precipice of criticism, and overturn the bold stroke of their rafts to escape to a mansion in the most protected area of the capital.

No material possession achieved with talent would be obscene if it wasn’t also accompanied by complicity and simulation. Such postures, sadly, seem to be the sickness of all the Cuban art made on the Island. Too many concessions, too much fear, too much UNEAC*, too much Abel Prieto**, too much “within the revolution everything, against the revolution nothing.” It shows in every stroke, it is perceived in the twists of folklore and customs that fill the canvases, in the comfortable motifs adopted to sell and stay out of trouble.

Pedro Pablo Oliva could have chosen to age in peace, keep the “knighthood” he had been awarded by the People’s Power, retreat into his high-ceilinged mansion or on trips abroad. The day he decided to declare himself we won, but he began on the long road as dark as the “blackout.” The fact, among others, of giving an interview and sending a letter where he declared himself in favor the existence of other parties, has brought about a disproportionate punishment and verbal attacks that most denigrate those who launch them.

Whether one stands, or not, on the same ideological side as he, this is not the time for recriminations for his having opted for honesty. To give him an expansive welcome from a group of protesters is a way of saying to those who have not dared to speak out critically, that on this side there is no expectation of scolding or revenge, only of support. A good part of those of us who today are demonized by official propaganda, one day had to choose between the mask or punishment. It was not an easy process, there was a lot of hesitation and guilt, people warning us that we would “be manipulated” as if the Cuban government, for decades, had not been manipulating our silence, adding us–as we didn’t declare ourselves–to the overstated figures of those who applauded. Now the painter of “Saturn Devouring His Children,” almost prescient, has declared himself publicly as someone who does not remain silent about what he thinks.

The letter that he wrote on his website led to his being removed from office as a deputy, as he attested. In it I don’t perceive a convenient mea culpa for thinking, for speaking, for contacting people like Dagoberto Valdés or the tiny servant who writes these lines. His text seems rather the testament of one disappointed. The same reflection could have been written by my father when he saw the railroad that he loved sink into chaos, or that a score of philologists, graduated with me in 2000, would repeat if asked along the four cardinal points by which have they left a country where the future is sighted. There is no repentance, but pain in every sentence of this public statement of Pedro Pablo Oliva, whose case already has a Twitter hashtag, #PPO. It’s the hassle of one who believed that “changing everything that must be changed” was not just a phrase thrown from the dais, or music to the ears of the unsuspecting.

Today  the Martí Street roundabout is as dark as the rest of Pinar del Rio. It looks like the broken heel of a Cinderella trying to put on that shoe that was not made ​​for any human foot. A system that separates someone with creativity and sincerity of the words of Pedro Pablo Oliva can not make us believe that it wants what is good for the nation, the best for its children. If even to those who are militants in its ranks and agree with its ideology, they close their cultural centers and accuse them of “betraying” the country, what is left for the protesters, the frontal opposition, the permanent skeptics.

It is not that this will be a case that removes the conscience of other artists and frees the voices stuck in their throats, but it flips the switch on a lamp at the time when the light goes out. A last ray of light has gone with this punishment, one last chance vanished to give such a faded social project something of color, some shade of tolerance and inclusiveness. In Pinar, meanwhile, they can’t even see their hands in front of their faces.