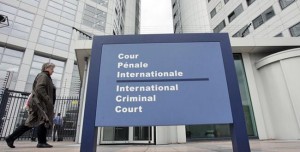 Certain lawsuits are pending in the International Criminal Court in The Hague. A number of criminals from different countries, autocrats who cavalierly disregard human rights and rogue or nationalist terrorist rogue continue evading justice.

It is good that the former Serbian leader Slobodan Milosevic and his gang of thugs and Ratko Mladic have been, or are, being judged in the world’s supreme court located in the Netherlands.

I applaud that taxpayer money is paid to prosecutors and judges investigating war crimes and State murders or exterminations. It is unfortunate that the Libyan dictator Muammar Gaddafi did not have to sit in the dock for his extensive list of destructive acts and incitements to hatred and killing.

Gaddafi, as is known, would not only have wipes out every human vestige in Benghazi. He also killed opponents and unarmed civilians outside its territory with Kalashnikov shrapnel.

This was a cruel tyrant who, among others, was responsible for horrific massacres in the 90’s in Sierra Leona, during the civil war which killed nearly one million people.

In addition,he blew up a Pan Am aircraft in mid-flight over Scotland in December 1988, killing 270 people. In the name of world revolution, Gaddafi seeded Libyan soil with soldiers, almost children, who took part in the conflict in Sierra Leone.

He also taught the use of explosives to his fans such as the Venezuelan Ilich Ramirez, alias Carlos the Jackal, who was tried in Paris, and imprisoned for life for his terrorist attacks in France. The lynching in cold blood of the author of “The Green Book” by the insurgents of the National Transitional Council, saved him from being tried in the global court for his atrocities.

But the list of those who should sit on the dock in The Hague is more extensive.

Right now, the legendary Russian arms dealer Viktor Bout, is facing trial in the United States after being caught in a trap set up by the U.S. special services when the Russian was supposed to be selling weapons to the FARC in Colombia.

The figure of this ‘warlord’, was the inspiration for the script of the film Lord of War (2005) where he was played by Nicolas Cage. Bout should go to jail for many years, but his arms sales to the different sides in the wars that plague the African continent should not be overlooked.

Behind these Gaddafi-style characters or arms dealers, is the conspiracy of convenience of the centers of world power. If we want any real justice the shady dealings of nations who beat their chests for democracy — like the United States, Britain, Spain or France — should also be brought to light.

It is also true that there is a double standard to evaluate rogues, terrorists and dictators. Fidel Castro is an autocrat who for five decades has violated the political and individual rights of its people, and some day ought to be judged.

But like Cuba, North Korea, China, Viet Nam, Russia and Saudi Arabia are far from exercising their democratic governments. Quite the contrary.

In Medvedev’s Russia a famous television reporter has been left paralyzed in a wheelchair for the ‘crime’ of investigating and condemning the tangled dealings associated with the construction of a road adjacent to Moscow that harmed the environment. By way of consolation, the Russian government itself offers him a prize, with money attached.

It happens that the centers of world power, for economic or geopolitical interests, act as they see fit. China is the factory of the world and the largest potential market, therefore, the U.S. Congress gives it the treatment of ‘favored nation’, ignoring labor exploitation, harassment of opposition and environmental destruction.

World powers also engage in their own wars of convenience. The Iraq war was one of them. Bush’s son pulled the trigger on the pretext that the dictator Saddam Hussein had nuclear weapons.

Today, no one has found such weapons. Of course, totalitarian regimes such as Iran cannot be allowed possession of nuclear weapons. It is known that they would use them irresponsibly.

But every war has its consequences. And the innocent are always the main victims. War ought to be the last option. Not the first. So, whomever misuses the right of war should also sit in the dock in The Hague.

I’m talking about George W. Bush, Tony Blair and José María Aznar, the triumvirate that triggered the war in Iraq in 2003. Peace yes, but with justice for all. Not just for some.