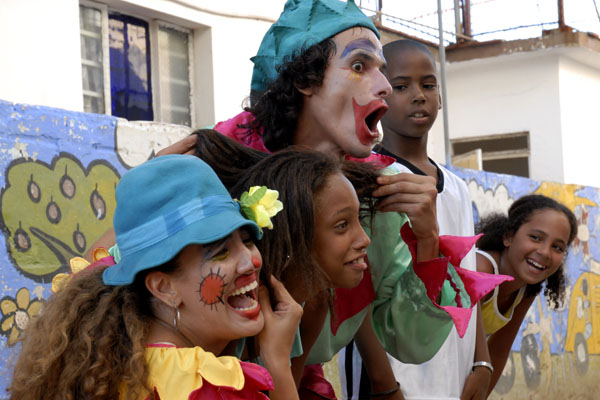 Being 6 years old, Melisa couldn’t understand that Corbatín (“Bow Tie”), her favorite clown, didn’t live in Cuba. She felt disillusioned. It took us a few days to explain to her that many people decide to leave their country. She was a fan of Corbatín. We took her to all his activities in different Havana halls. For her party we contracted another mime and “the girl and her friends took it well,” says Giraldo, Melisa’s father.

Being a clown on the island isn’t a bad business. On the contrary, when you attend city theaters — where on Saturdays and Sundays clowns make the little ones laugh — after the function you will see the parents approach them, to see if they can contract them for the birthday of a child or school activities.

Carlos, an academy clown — as he describes himself — has 25 years experience in the profession. He studied in Moscow when the USSR was a country. Without his odd makeup, he tells how 15 years ago, he dedicated himself to private functions in children’s parties.

“It is going very well for me. The going rate is some 20 dollars per appearance, but I charge 30 dollars for two hours. I can’t cover all the demand. Cuban-Americans living in Florida have wanted to contract me, they say it comes out cheaper for them. I haven’t been able to satisfy them because of paperwork and bureaucracy. If not, I’d even have acted in Miami,” he jokes.

Cuban clowns, puppeteers, magicians, and jugglers are used to printing business cards and at the end of their state functions, after meeting their respective work quota with the Ministry of Culture, they hand them out to those in attendance.

According to Adolfo, a popular mime in Havana, a high-caliber clown gets a salary of 400 pesos (17 dollars) a month. “It’s on birthdays where we make money. If you are good, you earn a lot. Even the mediocre earn more money than the official salary,” Adolfo comments, dressed for a private function in his classic shoes and the round, red nose.

Despite the well-known economic crisis which has hit the country for two decades, normal people arrange to get them to celebrate birthdays or quinceañeras at full speed.

In 2010, Roberto, 45, threw it all out the window. He spent 5,000 dollars on his daughter’s quinceañera, still talked about in the neighborhood. Now, with empty pockets, he’s planning that his younger son’s 10 year (birthday) be remembered, too.

“His mother and I are pulling our hair out. By current economic possibilities, we shouldn’t do it. But to see the face of sadness on our little boy and his dream of celebrating it together with his friends, we’ll borrow money,” says Rogelio, while he waits for a giant cake that a particular baker made for 80 dollars.

In no way should a children’s party be as expensive as a celebration of the fifteenth. But it could well cost between 250 and 300 dollars, depending on the buffet, gifts, guests, and the clown hired; which corresponds to an engineer’s annual salary in Cuba.

The clowns always steal the show. In the theater, you pay a modest entry fee; open-air shows are free. If it’s a private event, after the children’s laughter, the parents call the clown to a corner and discreetly hand over his fee. Until the next birthday. 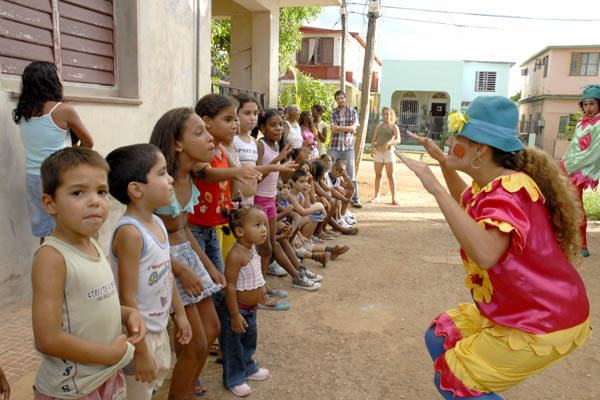