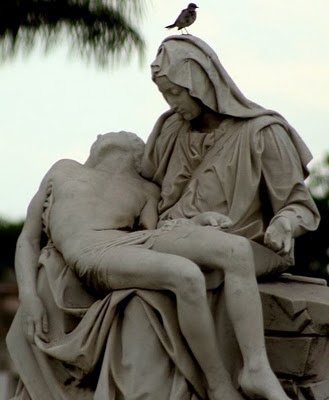 On the other side of the shutters. A tame meow, muted. In an almost human language.

She meowed several times, scraping the porous and thousand year-old wood from 1910.

2010 just ended and she wanted to come in. That was her preferred way of slipping into the room, always at the break of dawn. Meowing to make herself visible, to make it clear that she was sleepy and cold, to reclaim that she was in her feline right, that she was herself and no other promiscuous cat from the neighborhood.

She meowed several times and waited with silent courtesy until Orlando would stand over the bed and open the shutters. Black and white, skinny, over-exposed and in high contrast, neorealistic except for her Manga-style gaze. It was she. Vasumitra Superstar. The same cat Orlando had claimed years ago when she was barely a fetus, a baby soaked in car grease, her skin half-eaten alive by leaf-cutting ants.

Vasumitra Superstar. A collage of a name that meant nothing specific. Two words taken from the night shift of the Chaplin Theater by Ipatria, two words meowing from the start in a garbage can at the entrance of the Colón Cemetery.

Vasumitra Superstar. Among the flies and the trash behind the Institute of Cuban Cinematographic Art and Industry. Among rolls of films with fungus, revolutionary outtakes tossed from the ICAIC archives, and tetrapaks from the dollar pizzeria at Zapata and 12.

Orlando stopped above the bed. He released the latch on the shutters. Vasu entered without greeting him. This once, he didn’t caress her from the top to bottom of her spine, as was his morning custom. And the two fell immediately asleep, warming each other with the paired circulation of their blood.

She meowed. They meowed. Then there was a silence without genus, transhuman.

Then it was nothing. The digital tic-tac of the cell phone, inaudible. Nokia of the night on the nightstand. Mute neurons liberating their sea of molecules and forgetfulness. Rude flashes in an unmixable combination of species.

Orlando Superstar jumping on four paws from the flight of stairs above the French tiles of Lawton, making love to screams of savage pain. Vasumitra interrogated for hours in a National Revolutionary Police station, without understanding well those meows from Lieutenant Colonels Ariel and Alina, catlike secret agents of the G-2.