14ymedio, Luz Escobar, Havana, November 13 2019 — Moderately satisfied, a dozen animal rights advocates met Tuesday with the health authorities to demand an Animal Protection Law in Cuba. The meeting, which took place at the Center for Hygiene and Epidemiology in Havana, was agreed after a protest was held on Monday in front of the headquarters of Zoonosis.

With regard to animal rights, the participants consider that the assessment is positive and “a consensus was reached on the need for collaboration for the sake of human health, animals and Cuban society,” according to Valia Rodríguez. However, the activists lamented that the privacy of their cell phones was violated and the presence of some people at the meeting who, they suspect, could belong to the State Security.

“The sad thing, even though predictable, was to realize that the phones we had given in good faith were checked and searched by other counterintelligence ’friends’. It was not strange, since they never tire of visiting the protectors to find who knows what — or I do know but it saddens me — as they did last night with many of us. They were respectful visits, but it’s hard not to feel like they were harassment,” Rodríguez denounced.

Beatriz Batista left her mobile phone recording and in the audio “you can clearly hear” the moment in which they take them all to another office and “they separate the cell phones of the officers, the doctors and the animal rights activists.” She added that images were eliminated in some cellphones and that they heard one official say to the other: “toss it,” among other phrases that show that there was a violation of privacy.

The meeting was attended by officials from the Ministry of Public Health and three people who, although they said they were doctors, showed a strange demeanor.

One of them introduced himself as Carlos Ortiz, in charge of the ministry’s communications, although he didn’t say a word. Another identified himself as Michel Torres, allegedly a health promoter, who also did not speak at the meeting. The last one said he was Enrique Gil, doctor in Medicine, but the animal rights activists remembered that the day before, in front of the Zoonosis headquarters, he presented himself as Ricardo Bofill, a ministry official and a graduate in Psychology. When the animal rights activists asked him for explanations, he decided to leave the meeting without saying anything.

The rest of the State interveners were Jusayma González, from the National Directorate of Zoonoses and Communicable Diseases, and two doctors from the Havana Provincial Directorate.

Despite discontent with the ’security’ issue, the activists said they will not let this “low and distrustful act by the Cuban Security apparatus” tarnish the progress that was made with the ministry.

“We were skeptical, given the history of a lack of political will to solve problems pointed out on multiple occasions. We came out more confident that this could be a start and a big step towards doing things better, in a more humane and ethical way. There was talk of collecting dogs that do not represent danger, of the rabies program and how best to contribute to it — without killing healthy animals — of the attitude of the workers of the Sanitary Control car — badly called Zoonosis — of the inhumanity of slaughter with strychnine, of sterilizations as the correct method of reducing street populations and with it the risk of transmitting diseases, among others,” wrote the protector.

The photographer Gabriel Guerra Bianchini described the meeting between the activists and authorities as “historic.” For him it was positive that “with all the pressure that has gone on these days for the rights and care of the animals of the city” there has been “a meeting” in which “all the pains, debates, ideas and solutions were put on the table.” In his opinion, they left “with the feeling that finally, a starting point is marked to begin to build awareness and sensitivity, to those beings who have no voice, but much love.”

According to Batista, Jusayma González insisted that the Ministry of Agriculture is “working” on an Animal Welfare Law and, afterwards activists denounced the use of strychnine to kill stray animals — rather than Tiopental, a much less painful and cruel product. It was argued that strychnine will continue to be used while they attain the anesthetic, since they do not have veterinary technicians to provide Tiopental intravenously.

Health officials also denied that the rounding up of dogs denounced these days is due to the 500th anniversary of Havana or the King and Queen of Spain’s visit to the city, although they admitted having done so on previous occasions, such as during the official trip of former U.S. President Barack Obama.

The participants agreed to a meeting on Friday the 15th of November with the Ministry of Agriculture and Animal Health because “they are important players in the search for solutions,” said Valia Rodriguez. The idea is to agree a work plan “in the short term” to address issues such as dog collection, slaughter, rabies program and a program of education and awareness in responsible ownership and against abuse.

“We requested the presence of the Ministry of Justice, Higher Education and State Security to mitigate the image of danger and the continuous visits,” Batista said. The 12 activists who were present made it clear that their idea is not to allow any more killings and demanded that we must work “by leaps and bounds” to achieve a legal mechanism to protect the animals.

Last Monday’s protest by some 20 activists in front of the Zoonosis headquarters ended with the adoption of 12 dogs and a commitment that no more will be sacrificed until an agreement is reached between the protectors and the health authorities. 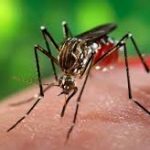