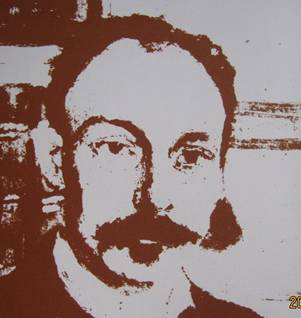 Today marks the 170th anniversary of the birth of Jose Marti, our deceived and manipulated Apostle. After dying in an absurd military action, his image and ideology have been used by some and by others, according to the utility of each age: in some cases, in order to throw in our faces not being as he had wanted us to be, and in others, in order to serve as an example for us to imitate in times of disbelief and misery, as much material as human.

Since his fall in Dos Rios, Marti has weighed on the shoulders of Cubans like a glorious burden difficult to carry. Everyone who has had something to say or still has, proclaims himself a follower of Marti, although in reality he has never been nor is. To be a follower of Marti has become more of a wild card than a feeling, the same as wild cards have been (and in some cases, continue being) to be Marxist, Trotskyite, liberal, conservative or leftist, to cite only some examples. The wild card serves as a facade for what is found hidden inside, many times totally different from it, but it confuses and deceives; taking into account accumulated practice, it gives results.

Drawing on Marti in difficult and complex moments, with the objective of awakening sleeping patriotism, has been and is an effective way of mobilizing citizens to sacrifice or to complete big works. Sometimes the thoughts and ideas of the Apostle are brandished out of context, but it does not matter if they serve a particular purpose: if we go through our distant and recent past, we will prove that it is so.

On this new anniversary of his birth, it would be good to stop martyring Marti and to honor him for what he was: a man of his time with universal influence, clearing away the leaves accumulated by time and by men, and trying ourselves to be also men and women of our time.