14ymedio, Madrid, 31 Mach 2016 – Like “a small crack in the Cuban political system” from which an opening coming. Thus did the attorney and activist Rolando Ferrer define the Otro18 (Another 2018) project during a meeting with journalists this Thursday at the Madrid Press Association. Four of the promoters of this process travelled from the island to present in Spain this initiative that promotes reforms in laws addressing elections, association, political parties and others.

Opponents are seeking, with their proposals, to influence a democratic opening that would take effect in Cuban with the elections to be held in 2018. This was emphasized by Ferrer, a member of the Anti-totalitarian Forum (FANTU), as well as by historian Boris Gonzales END_OF_DOCUMENT_TOKEN_TO_BE_REPLACED

, Patriotic Union of Cuba (UNPACU) activist Yusmila Reyna, and opposition leader Manuel Cuesta Morua. All of the participated in the press conference this morning, accompanied by the exiled journalist Carlos Alberto Montaner.

With the support of 45 independent organizations inside and outside of Cuba, the initiative demands that the international community follow the situation on the island. “The process of reforms initiated in Cuba should address not only the economic, trade and investment sector, but also the political sector,” Cuesta Morua declared this Thursday.

“We have included a candidate’s right to campaign,” declared Ferrer, in response to a question from 14ymedio about a possible reform that would allow candidate to campaign for votes. “We want to facilities the candidates having a work plan, proposals that they could take to the citizens, and we also want to insert independent candidates,” he added.

“Currently in Cuba the only access the voter has is to the candidates’ biographies, through their past, and this is not a program,” added Boris Gonzalez. To publicize the proposal among Cubans, Cuesta Morua believes that they have to try to reach the citizenry, so it will be perceived as a citizens’ initiative.

The proposed electoral reform, Reyna noted, “was already presented to the National Assembly” and now they are awaiting a response. Right now they are “training independent candidates, who are nothing more than social activists who have a certain popularity and recognition, in addition to the slanderous campaign that the government has undertaken against them,” he added.

“The Spanish transition [from dictatorship to democracy] was a process that favored going from the law to the law,” said Cuesta Morua, who has asked for Spain’s involvement in the process. Spain “has supported the process of the restoration of democracy in Venezuela and could do the same with Cuba,” he added. The European Union “in its political dialogue with the Cuban authorities should ask that they respect the will of thousands of citizens who are demanding free, fair, democratic, competitive and internationally observed elections.”

Cuesta Morua, the leader of the “Progressive Arc”, has stated that “this is a political proposal” and a “a project directed to the citizenry,” and he distanced himself from the process of electoral changes “made to order by the power,” which the government is pushing. The promoters of Otro18 are seeking that it be possible that “citizens can choose not only vote,” he said.

The opponents also stressed that the three strategic demands of the project are the demands for “an independent national electoral commission; that citizens can choose without the mediation of the national commission nomination; and at the same time that the President of the Republic is directly elected.”

The management group of the project is currently made up of the Patriotic Union of Cuba (UNPACU), Independent and Democratic Cuba (CID), United Anti-totalitarian Forum (FANTU), Cuban Youth Roundtable (MDJC), Progressive Arc Party, Citizens Committee for Racial Integration, Center for Support of the Transition, and the Cuban Law Association, but its promoters say they are open to the “incorporation of other civil society organizations and independent actors.”

Cuesta Morua insisted that this is a political process, not one more a Latin American revolution, and it is intended to allow the citizenry to assume their rights and choose who will be their representatives.

The opponents did not shirk the thorny issue of the unity of the opposition and organizations that have not joined the Otro18 project, such as the Christian Liberation Movement and the Ladies in White. Cuesta Morua said that “the perception of disunity no longer represents the current reality of how the opposition is organized in Cuba” and called the present time a “mature stage.”

“Today more than yesterday, the opposition is working together, coinciding in many respects and has put any irreconcilable differences in the past to work on concrete proposals for democratic change,” said Cuesta Morua.

The opposition denounced pressures, “threats and the confiscation of working tools” against the promoters of the initiative and cited the arrests that occurred around the first Forum of the initiative, held in early March at the home of an activist in the Vedado neighborhood of Havana. 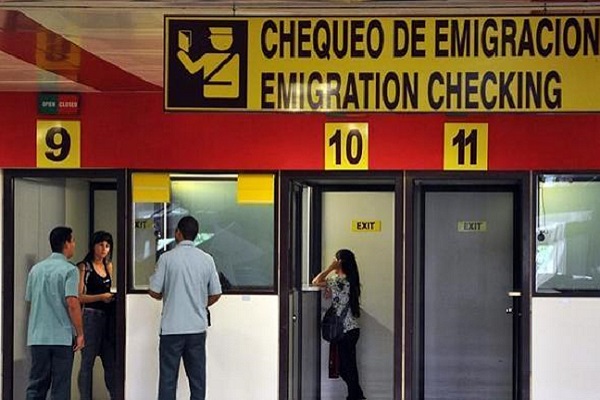