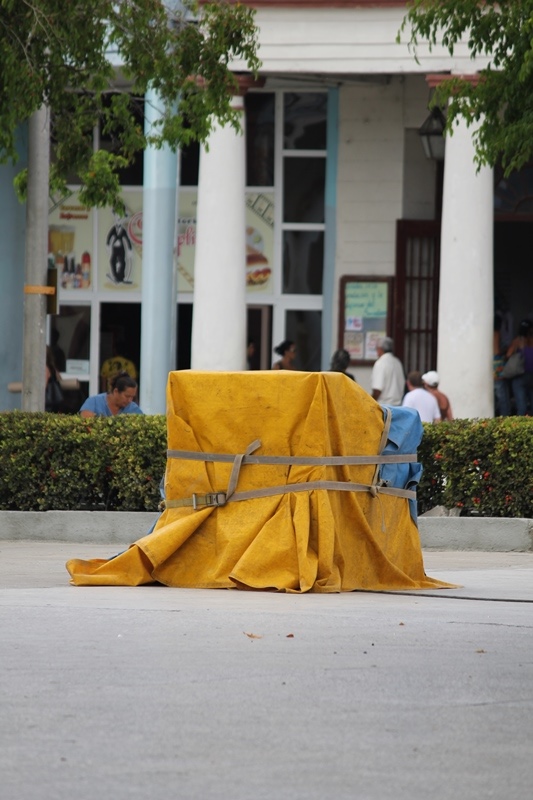 This is the question many are asking after the events at the “Protestdrome,” where the Cuban musician Roberto Carcassés let loose with good things.

The first thing that happens in these cases is a silence that is scary … the repressed and repressor (for different reasons). Although they haven’t taken physical measures, Robertico knows what the tools of torture are. They’ve just told him that he would not be performing any more for a while. But he knows with what pliers they’ll tie his jaw shut, what is the substance they smear on you so you stink for a thousand miles and not even some of your colleagues in your own band will come by the house.

It happened recently to the painter Pedro Pablo Oliva, it has happened to a lesser or greater extent to Pablo Milanes, Orlando Luis Pardo Lazo, Ana Luisa Rubio, Rafael Alcides and Antonio José Ponte. Maria Elena Cruz Varela and Carilda Oliver fared no better; Antón Arrufat, Fausto Canel, Marcos Miranda, Cundo Bermúdez and Reinaldo Arenas lived a hell of  full of thorns when in their way they also said, like Robertico: “I want / remember that I always want.”

There is a big distance between the poems for which José Mario went to labor camps and this timba-with-swing where it seemed the leader of the Interactive musical group was going to dedicate it to the 4 remaining spies imprisoned in the United States … or five because Ana Belen Montes is imprisoned due to the inexperience of Castro’s intelligence apparatus.

This time it is not a documentary like PM, a magazine like Diaspora, the  troubadour intimacy of Pedro Luis Ferrer or the rawness of Lichi Diego, informing against himself (and the family, partners and all the rest divided). The last straw came under the Mount of Flags (hehehehehe, so great that) with the United States Interest Section in the background, presided over by the freed spy and the story of the yellow strips. Fiesta and dance, the best of the Communist youth danced and shouted against President Obama and the killjoy Robertico was seen with the tight note, the peg leg, the red flag, the witchcraft and the creole tripe.

A few weeks ago the poet Rafael Vilches was expelled from a cultural institution for joining up with the disaffected with the government. Angel Santiesteban receives a prize for a novel in prison, the PEN Writers in Cuba continues to operate even though squeezed into Johny Feble’s house, and Alina Guzman Tamayo continues offering some really good performances from Alamar, without the help of anyone, according to what I’ve been told.

Robertico will appear and those of us who love the irredeemably crazy music that he makes with Interactive (or without the partners) will sing: “I want / remember I always want.”