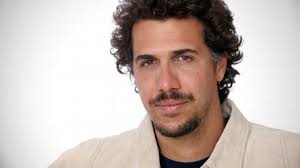 Thursday the 12th of this month everything was ready for the presentation of the big concert, “dyed yellow” by suggestion of the agent himself Rene, in the “Protestdrome,” as the “Hill of Flags” is popularly known, in front of the United States Interest Section.  All was previewed by the Ministry Culture, the Writers and Artists Union of Cuba (UNEAC) and controlled by State Security.

The musical groups and artists that usually act in all the “so called patriotics,” had rehearsed and previously reported the musical numbers that they would present. What no one could foresee is that in front of his very well known and popular group, Interactive, a brave young man, Robertico Carcasses, great improvisor, in the middle of that well-rehearsed scheme, would give the discordant note, which would put all the Nomenklatura on edge.

The moment arrived to perform the well known number Cubans for the World, and Robertico, leader of the group, dressed all in white, left the piano to take the microphone and improvise, before the astonished gaze and surprised ears of all those present, who could not really believe what they were hearing, and which the public repeated enthusiastically, following the contagious cadence of the chorus:  ”I want, remember that I always want,” “Free access to information in order to have my own opinion,” “No militants nor dissidents, all Cubans,” “We want many things more,” “Direct election of the president. . .,” “I want, remember that I want, the end of the blockade and self-blockade. . .”

He surprised everyone, he gave the authorities no time to improvise, they could not divert the cameras to the dark night sky, he did not give them time to project something else on the screens.  He caught them “in motion” as we say here. Robertico knew how to intelligently take advantage of the opportunity that presented itself. That was no accident, it was his deepest feeling, to which he could give free rein, where he knew he was going to be heard, not like that open letter that he made to Harold Gramatges, in front of the music section of UNEAC in 2007 and that surely was shelved, maybe with one or another similar.

Now it is only left to us to be very aware of what could happen to this artist and, using word and writing as effective means, try to prevent reprisals against this valiant musician. I am sure that you, I, everyone, we are agreed that “we want many things more.”