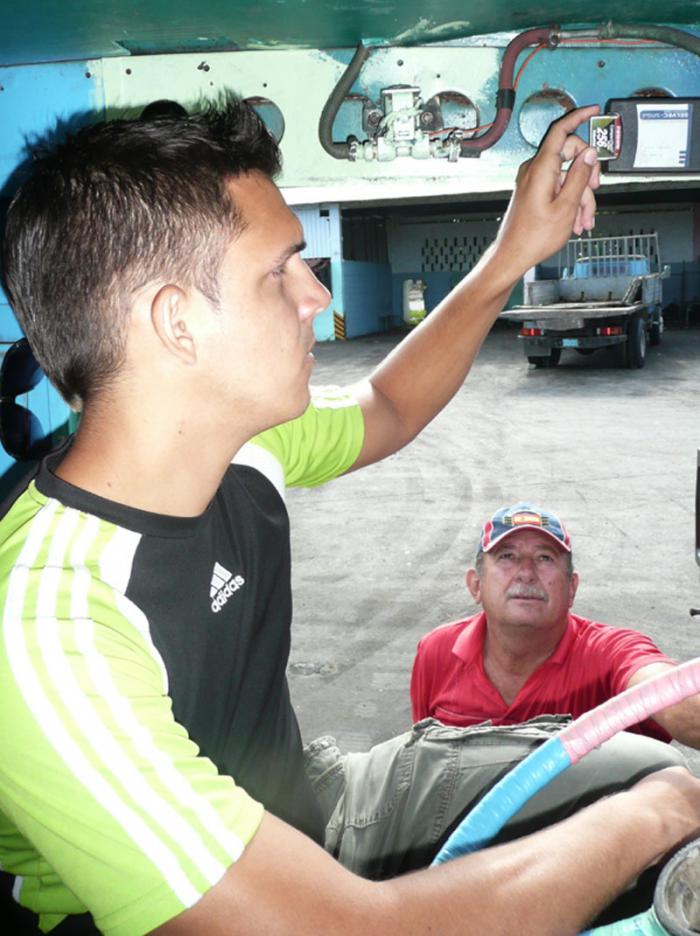 According to Martin Pupo, director of the Holguin Operations Base Business Unit, since March 2013 they put into operation Fleet Management and Control (on board computers known as GPS) in trucks that supply the business network far and wide in the Holguin municipalities.

The idea is to stop fuel loss; but a recent inquiry carried out by MINAL found that the business in question used monthly something more than 21 tons of fuel.  And it is logical that the costly measure will not achieve its objective because the neighbors say that in reality those who know “where the bodies are buried” are the ones who are implicated, those who steal and sell petrol are not the truck drivers but the managers signing false delivery orders.  I did not tell them.