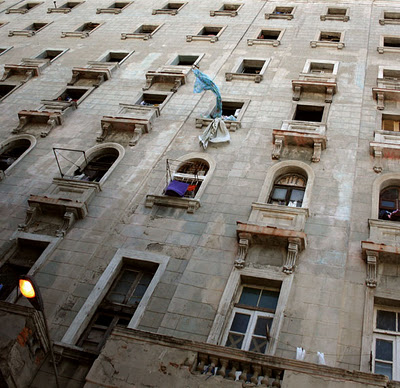 After a thousand years, I’ve run Strawberry and Chocolate on my laptop.

It was a magical moment, that era. Cuba was laughing its head off. But the truth emerged as never before, on the remains of an infamous ideology, childish. We made free in the face of the Hegemon of our history. The death and repression have also raged over the ruins of a nation. It was the time of savages. Leave or shut up, in exile or in a Cuban jail. And amid the chaos and metastasis, the worst movies in America filming a mediocre movie based on a naive little story, but in both cases crystallized of the miracle in hopes of repopulating a country, an illusion.

It was just that, by the way. An instant. Our reality resists thanks to such flashes of insight. The rest is totalitarian boredom, gray rudeness, mute mummers go a little while to wait another month, another millennium, another lie.

Do not ask Senel Paz, or Tomas Gutierrez Alea, or Jose Maria Vitier, or any of its actors. They always responded with platitudes. It’s logical. They did not have enough courage to start a future slang. They were not convinced of wanting to star in an era, far beyond their biographies. All are in the best sense of the word, shadows. One chromatic effect of the excessive illumination so characteristic of film to create atmospheres, meanwhile more realistic than fiction.

Maybe Fidel Castro had the answer in august solitude, but as a good strategist of the masses know to it to their graves (or their incinerators). Maybe I should now pronounce something absurd or painful about it. But it would betray the intimate beauty of the Revolution. The clean thing that all process pissed off and suicidal, like one of the characters, always kept in the place most secret and safe from the soul. Of dreams. It would add new layers of verbal violence and inherent incomprehension over the crusts and scabs of oblivion that Strawberry and Chocolate accumulated at around twenty years. It is preferable to let the misunderstanding run. To let it play alone in the digital mercenary night of the world. Beyond them. Who are the foreigners of the left of the imperialist First World who exercise their exegesis and narrate their shitty academics about the meaning of the film.

Havana was so beautiful in its monumental ruins. The clothes so ragged. The looks do as feudally provincial. The madness whipping genes and hormones. The final ugliness so worth succumbing to. The epidemics of God to choose who is less hungry. Cuba of ulna we suffer. Eliseo Alberto was right, a poet of titles: No one wants Cuba more than I do. When you have to bounce the paper pedestrian we never were, emerge intact, from the bottom of the trunks of our secret barbarity, the Golden Nugget promised by Diego to David.

One can only capture love between contemporaries so. Compañeros of the scaffold, people at random who coincided in their identical paths of defeat. An imaginary people speaking without a voice. Who defenseless breathe the wonder of coincidence and true love between each other. Beyond that, there is nothing. Official passport, super-professional curricula and the dollars of the enemy, such as those abducted to the creators of this film of danger (all old people die and will not even be remembered, like Fidel Castro now). Beyond that, there is too much. To be others. Floating in a universe without islands. Become a cosmopolitan and don’t waste words in an act of pure past (like me today). Beyond that, I don’t know. I too, like you perhaps, have lost the thread of our history.

I want to add something. I intuit that I am the one who said it. But I still don’t know.

Do not make me despair more on this key point, I guess a little neurotic. Let me not think in peace, please. Thank you.