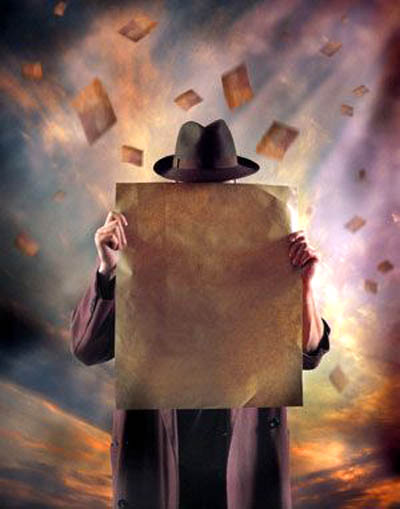 As always, a macabre joke summarizes a Cuban reality with unsurpassed accuracy:

Three guests of different nationalities celebrate the courage of certain practices that take place in their countries.

“Brave men that we are, we went in a group to find prostitutes, knowing that among them, it is almost certain that one has AIDS. And the one who sleeps with that one… well, you know.”

“Brave men that we are, we are the ones who invented the game of Russian roulette. We gather to drink vodka and put one bullet in the revolver. Everyone has to put it to his head and pull the trigger, and the one who gets the bullet… well, you know.”

The Cuban, amused, dismisses them all with:

“Brave men that we are,” he says, “we meet on any street corner to speak ill of the government, knowing that at least one person in the group is State Security. And whoever’s turn it is to get fucked that day… well, you know.”

Neither art nor television have escaped the pervasiveness of this institution in Cuba; and it’s the same for fictionalized series that have been the work of heroic infiltrators; they have managed to produce clandestine films like the short Monte Rouge, directed by Eduardo del Llano (a truly national “underground hit”), where, as the height of cynicism, two security officials knock on the door of the citizen known as Nicanor and smilingly inform him that they have come to install the two microphones allocated to his home.

The truth is that few factors have done as much to shape interpersonal relationships in Cuba as this organization, whose ultimate purpose and essence is, in many case, betrayed by its own members.

That is, the term “State Security” should imply, in any society in the world, an element of tranquility, a civil guard, and a collective justice. The intelligence services are, by definition, indispensable for national protection against aggression or criminal activities of different kinds.

In Cuba, it is an undeniable fact: unlike the rest of the institutions that incompetence has gnawed to the bone, State Security works flawlessly. All you have to do is look around you to see it demonstrated.

They do exemplary work in detecting outbreaks of drug sales, prostitution or child molestation, reprehensible crimes in any modern society. In the recent painful events of the overdose of a child victim in Bayamo, this agency played a vital role in the investigation and clearing up of this monstrous case.

Nor can one deny the merit of having avoided many possible deaths from attacks that presumed “anti-Castro fighters” (a subject on which I will write soon) have launched against the Cuban people: explosions in hotels, nightclubs and public facilities, introductions of pests and diseases that are unacceptable from any perspective or ideology.

So, speaking of State Security on the island is neither idle nor vain, and an honest person should recognize that their work — admirable, heroic, protective of civilians — is worthy of laurels.

But, if everything ended there, this article would not exist: for unpalatable and unipolar themes we Cubans already have the newspaper Granma.

Because what is lamentable and needs to be decried to the four winds is that this institution, so useful in other places, has long since become a ghost of national security, a shadow of subtle repression that corrodes and conditions the reality in which we live.

When in Cuba one thinks of State Security, one immediately and inextricably associates it with the persecution of political dissent, its first and most important function.

No other mechanism has generated more “anthropological damage” in post-revolutionary Cuba, than this organ which at times has become a paradox in itself: nothing has been more of a threat to the personal safety of Cubans, than this.

Why? Well, because popular knowledge of its practices, its undetected and unpunished methods, its unlimited reach, have generated a pathological fear in us, leading to the development of a defense mechanism as effective as it is lamentable, hypocrisy.

Cubans never dare to act out, publicly, their true thoughts on a political issue, when they dissent or have views contrary to the official ones. These topics are talked about in whispers in the privacy of one’s home or among one’s closest circle.

But even then, we are always suspicious, glancing from side to side, muttering under our breath. The joke with which I began this post is not hyperbole: we all know that among us, the informant is never missing.

The ubiquity of this body is frankly beyond paranoia. It is immeasurable. If one day we Cubans have access — as happened with the archives of the Stasi after the fall of the Berlin Wall — to the documents that reveal the number of agents, officers, infiltrators, and dedicated or casual informants, I think the figure should be forgotten in the interest of salvaging our national pride.

There is no school, bakery, philatelic association, farmers market or baseball team that does not have, among its membership, someone belonging to this “glorious” institution. At times, who they are is even more or less public knowledge. For example, every public institution has a comrade from Security who pays attention to you and that comrade is at times well known.

We Cubans have learned to live with an intelligence apparatus, oiled to the point of maniacal precision, which maintains its operations in the shadows as it sees fit, and that also, when it sees fit, makes use of any arguments provided by its informants to dismiss thousands of employees, imprison opponents or, even more common, to discredit the morals of non-conformist citizens.

The worst side of this reality is that we have no way to defend ourselves against this action. That is, all citizens know that their phones can be tapped, their homes may be searched, that their electronic communications are reviewed and stored, that their lives are examined with a magnifying glass, but there is not a single legal way to fight this. State Security in Cuba has an Olympic impunity: its members are our Untouchables.

So it’s no wonder that the advice most often repeated to those who express more or less publicly their disagreement with Cuban politics is: “Don’t talk so much, you don’t know who is listening.” A phrase so reviled, but one which captures a vital reality: the same person who is listening to you, or provoking supposed disagreements, the same person who accompanies you every day, who works by your side, who shares drinks and music with you, the same person you confide in with a blind passion, could quite naturally be the informant who has stayed by your side to know, in his game of chess, when the time comes to checkmate you.

Many times I’ve been personally entertained by the black humor of general mistrust: friends who insinuate to me, or express openly, their fear that it could be me, the loudmouth irredentist, the new pearl of local intelligence. In fact, I smile, but with the false amusement of the clown in Beneditti’s story.

For those of us who do not resign ourselves to living surrounded by fear and tropical James Bonds, I believe that a concrete desire, right now, would be if the nationwide mass layoff of workers would also knock at the door of State Security. But to be optimistic in this regard would be angelically naive.