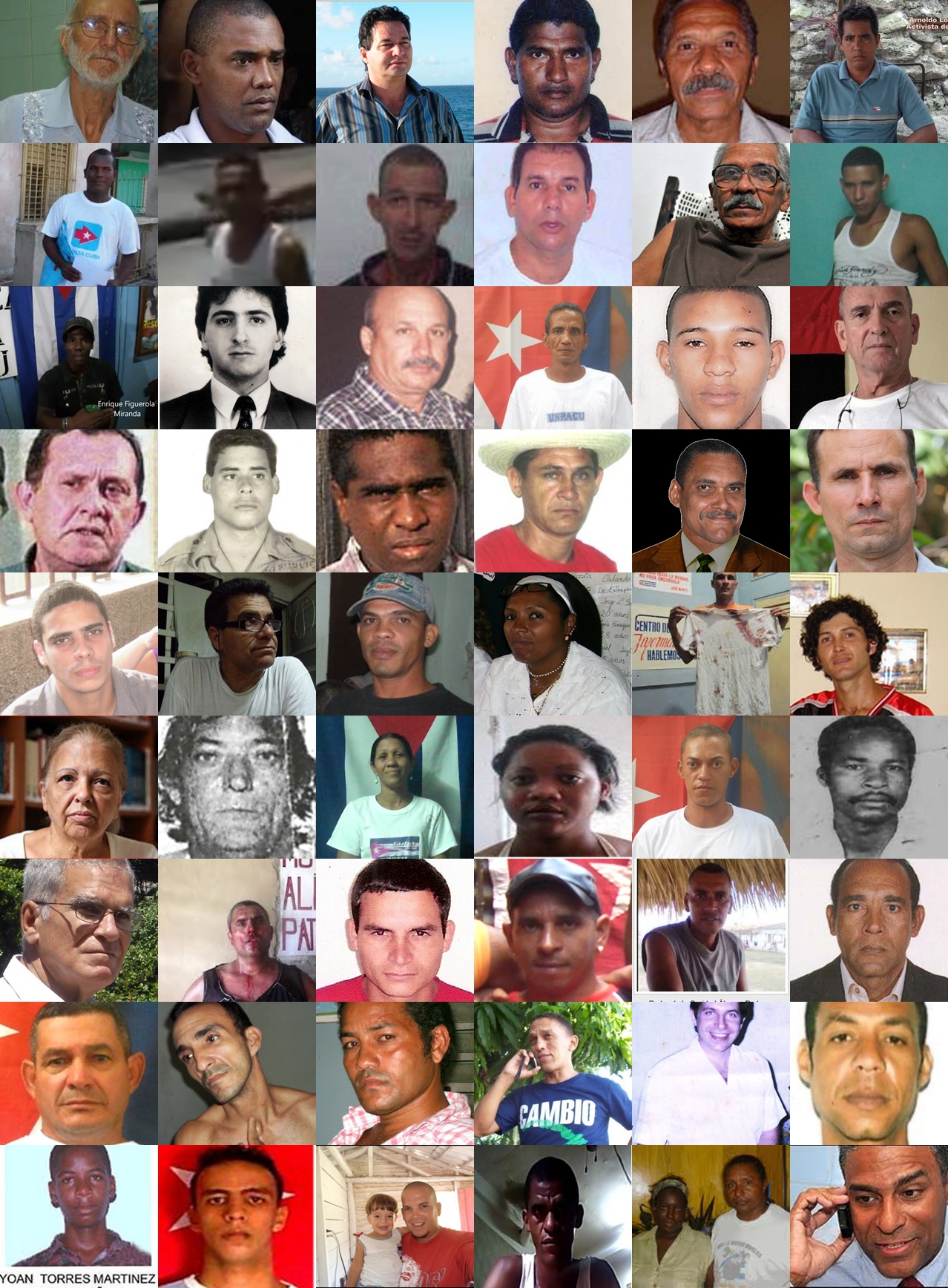 Tomorrow, May 1, the United Nations Human Rights Council will meet in Geneva, where Cuba will present a report with notes on its prison policy.

“Dressing up” for the occasion, for the first time in nine years the Castro regime opened its jails to the national and international press accredited in Cuba. It is public knowledge that the infamous stance adopted by these visitors facing the reality of the Cuban prison system.

In a previous statement we urged journalists to reconsider and not continue to be complicit in the crimes committed in the Castro concentration camps. But silence prevailed as expected.

Those who were not silent were the prisoners who by different means told the world the cruel reality that the dictatorship makes happen. All their complaints are on the Internet. Here we provide a link where you can listen to two testimonies of the many who have appeared just in the last few days.

Angel Santiesteban-Prats wrote an open letter to the Human Rights Council which urges them to know and appreciate the real testimonies of those who suffer violations of their most basic rights, countless humiliations and deprivation in these prisons. The letter has been widely reported by the international media and numerous blogs over several days.

On the strength of his claim, we publish the letter again, this time in English, as submitted to the Council.

We believe it is most opportune to recall the list of political prisoners who populate the concentration camps and who both the Castro regime, and its allies in the world, refuse to admit the existence of.

We hope that neither Angel Santiesteban’s Letter nor the list of political prisoners are ignored tomorrow at the meeting of the Council, and that its members show the world that they are fulfilling their mission to ensure the defense of Human Rights without distinction.

Finally we urge everyone to work together tirelessly disseminating the list of political prisoners — sadly always provisional — so that their names are not forgotten and the world’s eyes are finally opened to the terrible reality that Cubans have been suffering for 54 years.

Thank you for your attention,

I turn to you from the deep despair produced by my imprisonment for reasons of consciousness in one of the Castro brothers’ horrific prisons. In your hand is the opportunity to stop the agony for so many inmates who survive the cruelest famines and tortures, both physical and psychological.

In order to hide the truth, on April 9, just before the international journalists arrived, I was transferred by the back door from the prison La Lima, where I was confined, to another prison, the 1580, wherein all sorts of outrages and humiliations, worthy of Nazi concentration camps, are committed against the inmates.  Inmates are crammed in small spaces; there is a lack of food and  proper sanitation, the violence is constant, the most basic rights of the prisoners and their families are violated.  These sad conditions add up to make this prison a true concentration camp.

In recent months there have been two large fires in the prison, the causes of which have yet to be explained. Multiple suicides also accompany daily life in this prison.

Upon my arrival I started a hunger strike; I was put in solitary confinement with no light, no water, no clothes or toiletries. After several days I was violated by several guards, some of them held me by my limbs while another pressed my nostrils until I opened my mouth to breathe and a stinking soup was introduced into, which choked me; and thus again and again I was force fed this soup until I was on the floor of the cell completely covered in food, which I vomited uncontrollably.

I want to denounce Lieutenant Colonel Carlos Quintana, head of the Provincial Penitentiary Administration of Havana who is directly responsible for what I have told above.

I also want to clarify that my situation is not the worst. I wish that you could listen directly to the abused inmates in order they could explain for themselves the hell in which they live. I fear not being credible enough to expose the horror and the wickedness we suffer daily.

The Cuban government must understand once and for all that it is impossible to maintain their power at the expense of people’s pain.

We, who are suffering these terrible circumstances, strongly urge you to value this first-hand testimony, which I give under full oath; asking God to put His holy hands on this country forgotten by the international community, and that the testimonies of the prisoners such as myself can be heard. We ask that Cuba signs the UN covenants and accepts the statements of Human Rights declarations, and if it does not do so, that appropriate measures should be taken to expel the existing Cuban government from the concert of free nations.

We are a devastated country that, despite these fifty-four years of slavery, still dreams of becoming a prosperous and free nation. We need help and support, we need that this horror, the one my fellow inmates and I have and continue to suffer, be halted.

I beg you to accept my gratitude in advance.

Partial list of those sanctioned and processed for political reasons drawn up on the basis of what the Cuban Commission of Human Rights and National Reconciliation published this year, more cases have been added since then. There may be more cases we do not know:

Political prisoners who continue to serve their sentences on parole: