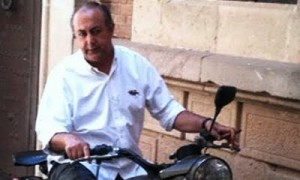 The Spanish businessman Sebastián Martínez Ferraté, charged with corruption of minors, pimping and illegal economic activities, will be judged on Monday July 18 at the Provincial Court of Havana, whose official seat is located on Prado, Teniente and Rey. However, trials in the presence of diplomats and the media are usually held in the 10th of October Municipal Court, on Carmen and Juan Delgado.

On a ward of La Condesa, a special prison for foreigners on the outskirts of the capital. Martinez Ferraté has been waiting for a year for a trial whose verdict is known beforehand.

The prosecution requested 15 years’ imprisonment, maybe reduced to 10 or 5. But it is clear that they will have him pay the bill for having made, or contributing to making, in 2008, a documentary showing the full extent of prostitution, including child prostitution.

It also exposed the corruption existing around prostitution on the island. The documentary was shown on Tele Cinco, a private TV channel in Spain. It was a blockbuster.

And a blow to the Cuban authorities. So they began plotting their revenge. It is known that every year the US State Department places Cuba on the list of countries where child prostitution is practiced. Something that bothers the government a lot. And the Sebastián case served to send a message to the insolent foreign visitors who might dare to show the ugly face of the country.

The documentary might be new for those who support the Castros in Spain. But for a Cuban independent journalist it is more of the same.

What the audio-visual documents continues to happen in Cuba. Each day the prostitutes are younger and almost an industry of prostitution has been erected. I’m not saying the police stand around with their arms crossed, but for every prostitute, pimp or child molester put behind bars, four more appear.

Prostitution is a social phenomenon. Dragged down by poverty, lack of opportunity and the desire to emigrate, a legion of women sell themselves to tourists for two 20-dollar bills.

The government has never offered an estimate of the number of people enrolled in prostitution. But there are thousands. The public knows about the increase in prostitution and pimping, and they mention it under their breath.

What bothers the authorities is that the subject is being put on display by the mainstream media. And with child prostitution being a sensitive issue, the director of a hotel chain in Mallorca prepared a trap for Ferraté Martinez.

According to the writer Ángel Santiesteban in his blog, The Children that Nobody Wanted, through a Cuban “friend” related to Martinez, in July 2010, they had ​​him come to Cuba believing that he would be making a documentary about the hotel business. No sooner did he arrive in Havana then he was arrested and put into jail.

The Spaniard sinned by naiveté. The Cuban government does not forgive certain “offenses.” They punish them. Harshly. Sebastian Martinez joined the list of guinea pigs that serve the Castro regime for negotiating future deals.

He will become a currency of exchange. Like the American Alan Gross or local dissidents. There are a range of options for exchanging Martinez. From a line of credit, asking the Spanish politicians to raise support for the unique position of the EU, up to silence and complicity with the regime in Havana.Or anything else. You can figure it out.