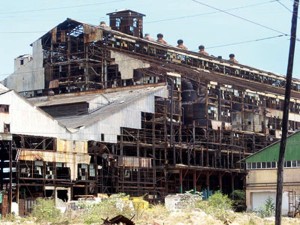 HAVANA, Cuba , September www.cubanet.org  – I don’t remember the first time I heard or read his name, but it must have been in the mid-90s on Radio Marti, which at that time, despite the strong obstruction of its signal, I could still listen to. I do know that by the end of that decade his name was one of the most recognizable to me among the journalist who were dedicated to disclosing, from within Cuba, the reality we were living in the country, while offering his ideas and opinions that helped to better understand not only what happened, but also why it happened and what could be done to stop it from happening.

For many years Radio Martí was, for me, as it was for many Cubans, the only source of alternative information, and listening to Oscar Espinosa Chepe I learned and understood, from my ignorance in this respect, the value of many of those small and innumerable elements that shaped the economy of the nation.

In fact, I had a more concrete idea of concepts such as methods of production, which always seemed to me like entelechies of Marxist economic doctrine. In general, over the years — also reading his frequent articles published in different media — I discovered the integral thesis of Espinosa Chepe, although I fear this term is reductive; it was that almost all the elements that constituted the entire machinery of the Cuban economy didn’t work or worked badly because, simply, the economic conception that ruled the gears didn’t function in practice, but in a fictional world composed of ideological and authoritarian dogmas, an absurd world divorced from human reality.

Others said this as well, of course, but it was Espinosa Chepe who demonstrated it without stridency or getting lost in the numbers, but with balanced studies on specific topics where the data and analysis formed a convincing and irrefutable body, with what Miriam Celaya, talking about one of the economist’s books, called “the particular accent of documentation.”

In his articles, the variety of themes is so vast that his investigations could hardly fail to be important in the economic field of the country. And in the end, the conclusion this social scientist showed us described the process of how, simply, the Revolution was turned into Involution. 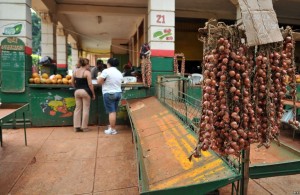 But what Oscar Espinosa Chepe communicated to us with a simplicity and remarkable wisdom, came not only from his research and diving into a thousand books and countless theories, but also, and perhaps above all, his own experience of life itself, although he never speaks of that in his writings.

For this man, committed to the pursuit of a better future for his country, was not imprisoned for the first time in the sinister spring of 2003; he had already been in prison in 1957, as a teenager, for opposing the dictatorship of Fulgencio Batista. After 1959, he was among the millions who participated in what they believed to be the building of a dream; he worked in the Central Planning Board, as an economic adviser in the diplomatic service, and finally in the National Bank of Cuba.

The events that began to shake Eastern Europe from the mid-80s showed him the necessity for profound changes in economic and social thinking and, accused of being counterrevolutionary, he had no option but to enter the political opposition, even if it meant passing through Villa Marista prison and the worst prisons in the country, which ended up aggravating his health, by then already deteriorating.

But neither prison nor illness convinced him that he should cease his work, let alone leave his country permanently. He devoted himself to his mission with diligence and conviction of a Jesuit, he felt obliged to give evidence as an expert working in the events. The titles of the books he has published (“Chronicle of a disaster,” “Cuba: Revolution or involution”) illustrate what has been his reason for living: to shed light on the details of a long and gloomy national event that is inscribed in a socio-economic system that he called “the most colossal scam known to history.”

Deep in the eye of the hurricane, Oscar Espinosa Chepe has always been an honest person courageously committed to the progress of Cuba which, dedicating to us with the great generosity of his years and his intelligence without a hint of complaint, never allowing himself to sacrifice professional ethics. This is perhaps the best part of his lucid and illuminating example.