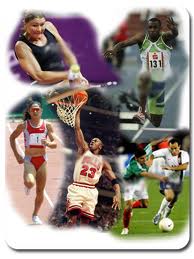 Sport is a power in Cuba but its role has been changed, the efforts, education, training, in short everything but money that the government offers, makes Cuba a pool of athletes for other countries such as USA, Italy, Spain etc.

When someone begins a serious sports career and leaves to travel they encounter a reality and the stage is set when their pay is delayed or they don’t get their prize.

They begin to realize the exploitation they’ve been subjected to, receiving only crumbs with bad intentions where the the idea is to work on them psychologically to maintain their motivation.

But the blows teach them, over time, and then a comparative analysis of other athletes in other countries with poorer results or less of a future in sports than they have, they see the foreign athlete enjoy the fruits of his sacrifice and they have nothing, and they start planning to escape on a trip or to marry a foreigner.

What one sows is what one reaps, and what was, yesterday, a power, today is a shadow as Cuban sport is in decline.