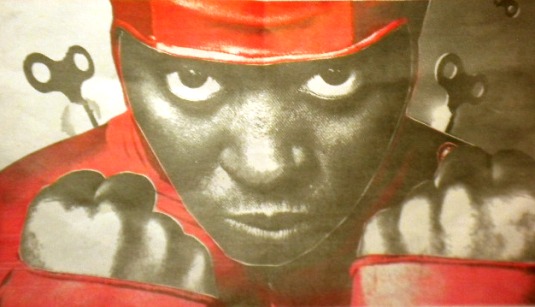 Talking about my cousin the filmmaker may seem excessive, but the Young Filmmaker’s Festival doesn’t have a single bad film. Miguel Coyula’s movie which was not accepted into the competition of the last Latin American Film Festival, is part of the program, so full disclosure is avoided. For those who aren’t aware, it already won the award for best film in the Havana Film Festival in New York, but that didn’t help. The protagonist in general and some scenes in particular made the film a politically incorrect piece. There were even objections to Memorias competing in the 10th Young Filmmaker’s Festival, but Fernando Perez, as president, asserted his own prestige and it was included. Memories of Overdevelopment was unbelievable and emerged as the indisputable winner of this competitive contest.

What follows has nothing to do with my cousin, but with the news in the press. The awards were presented Sunday night, to coincide with the Oscars, a prize which is often abused in the Cuban media for prioritizing the commercial and media-friendly over quality. And so the television newscast missed the Cuban event in the hour it aired on Monday, but not the Oscars, with visual coverage for major awards (parentheses for Portman, I am her fan since Closer).

It wasn’t until three days later that Granma reviewed the closure of the Exhibition. In a small box signed by a journalism student. Unlike the Oscars, the news is confusing, it would seem that the work that one is another (a work that achieved recognition, no prizes). The student has signed an article in which Miguel Coyula also took the podium on two occasions. “Memories” received the following awards:

Best feature film, best original music, the award of the Cuban Association of Film Critics, the SIGNIS of the church, and the Musical Editor’s Award of Cuba.

After reading the brief note I think:

1.- That the journalism student is friend of the producer of the work that he calls out in his note.

2.-That the journalism student didn’t see the work, and wasn’t even at the awards ceremony.

3.- That the journalism student signed a work written by another person.

4.- That the journalism student will be a really bad journalist.

To not get too familiar and cumbersome, here is the link: