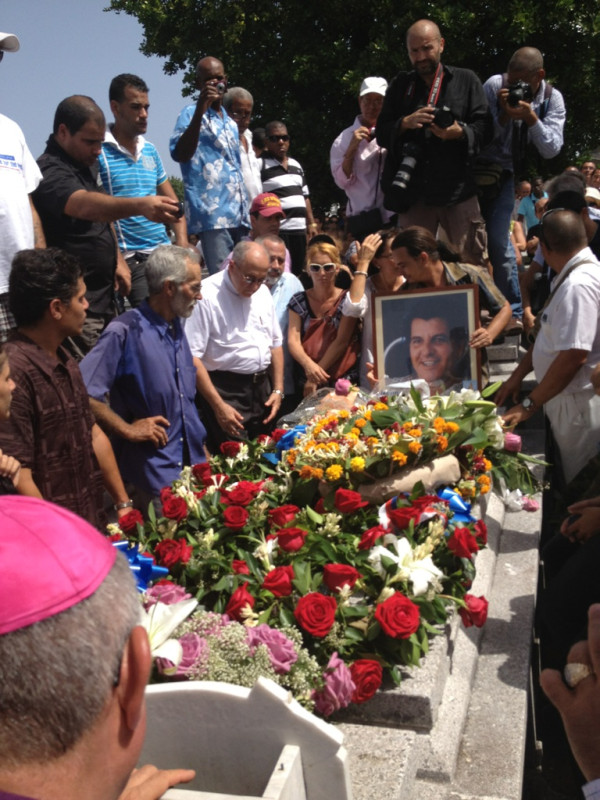 In less than a year the Cuban opposition has lost two of its most important leaders. On October 14 of last year life of Laura Pollán, the principal coordinator of the Ladies in White and the key figure in the release of the Black Spring prisoners, was cut short. A week ago a car crash, yet to be fully explained, claimed the life of Oswaldo Payá, founder of the Christian Liberation Movement.

These activists had great national and international recognition and their physical absence comes at a time when the dissidence is seeking new horizons. Hence, the need to analyze the scenario in which these deaths have occurred, and their potential impact on the immediate future.

On thing about which there is no doubt, is that the Cuban opposition on the Island is characterized by its peaceful nature and its renunciation of armed violence.  It prefers to base its actions in political programs, documents demanding respect for Human Rights, street demonstrations, signs painted on facades, or simply open door meetings.

It behaves and manifests a much more democratic behavior than the government installed in the Plaza of the Revolution. Within the ranks of the dissidence there is a great variety of opinions with respect to possible paths and outcomes of the transition. Although some of these routes diverge, there are numerous points on which all converge. The urgent need for political, social and economic changes is the common thread that runs through civil society.

Calls to end the harassment of dissidents, arbitrary arrests and politically motivated prison sentences, form a part of this common agenda. In addition, everyone agrees that Raúl Castro’s government has exhausted its solutions to pressing national problems.

To talk or to overthrow

Although many schemes have been offered to classify the Cuban opposition, most of the studies have focused on the political leanings of the groups within it. Some analysts have established generational breaks, between the historical opposition and much younger actors. In practice, however, it is not political colors or age that differentiate most markedly the dissimilarities between dissident organizations. A key point is the legitimacy they assign to Raúl Castro’s government in their agendas and their proposals for change.

Some maintain that dialog with the authorities could possibly lead to a non-violent transition. Within this line of thinking are distinguished figures such as José Daniel Ferrer, president of the Patriotic Union of Cuba, who believes that “dialog is possible, but from a position of strength within civil society.”

Others dismiss any attempt to deal with the regime, basing their posture on the fact that it was not chosen by a vote of the people in free and direct elections. They see the Communist Party as a kidnapper of hostages with whom there should be no negotiations under any circumstances. To negotiate or to overthrow seem to be the two poles around which current opposition forces are defined.

The United States embargo also constitutes a parting of the ways that defines postures and platforms. Within the Island, many dissidents argue that economic restrictions must be maintained to strangle the government. They believe that allowing fluid trade with the United States or allowing Americans to travel to Cuba would be a source of fresh air that would strengthen the General-President. José Luis García (known as Antúnez), an opposition leader from the center of the Island is one of the main champions of this position.

The great challenge of the people

The Cuban dissidence is denied any opportunity to access the mass media. This significantly limits its ability to broadcast its proposals and political programs. Instead of allowing them even one minute in front of the microphone, Raúl Castro’s government uses television and the official press to accuse them of being “mercenaries in the pay of the Empire,” or “tiny groups of no importance.”

Human rights activist Elizardo Sánchez, opposition leader Martha Beatriz Roque, Catholic layperson Dagoberto Valdés, and the Ladies in White group have all been frequent targets of these media stonings. From different perspectives, these social actors could be key in the years to come, along with several socio-cultural projects such as Estado de Sats, directed by Antonio Rodiles, which even attracts people involved in State institutions. To support these activities with a constant dissemination of information becomes vital, hence the importance of independent journalists and alternative bloggers.

In the current scenario, Oswaldo Payá’s death raises the question of the future of the Christian Liberation Movement, which has many members throughout the Island. That this political force manages to survive the death of its founder will demonstrate the maturity of the entire Cuban opposition.

On the other hand, Raúl Castro has co-opted some of the points that made up the agenda of his political opponents. The aperture for small private businesses, the ability to buy and sell houses and cars, and the leasing of vacant land in usufruct, are all part of the measures implemented by the government in the last four years. Such a scenario obliges the opposition groups to chart new horizons and to redefine their proposals.