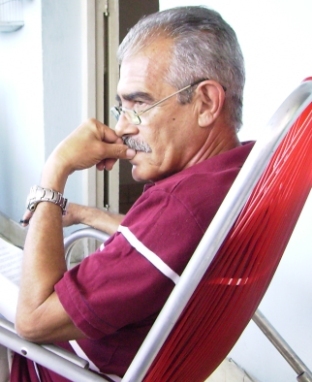 The latest measures adopted to make self-employment more flexible, after the publication by the Official Gazette of the extraordinary issues 28 and 29 last Friday September 9th, containing the resolutions and law decrees that legalize them, drive one to think that the political will of the highest Cuban authorities exists so as to continue down the path of economic reforms. Some reductions in tax quotas, the raising of the number of customers allowed in private eating establishments (“Paladares“) to 50, and the lowering of minimum quotas for renting rooms by 25% attest to this.

Despite many material limitations, since wholesale markets have not been established, an important sector of society directs its interest toward these new modalities of employment and economic pursuits, that already amount to 181 approved activities.

On the other hand, expectations regarding modifications to Resolution 259 (private profit from use of productive land) that entail being able to hold farms beyond ten years, the possibility of building permanent housing on them and the long-awaited increase of areas assigned to this production mode, push forward this new sphere of agricultural production.

Since the Sixth Congress of the Communist Party last April, during which the nominated Guidelines for Economic and Social Policy of the Party and the Revolution were approved, to date, one can state that a deceleration in the implementation of some of the measures that affect the population directly, such as elimination of subsidies for the basic family basket, and the reduction of payrolls in some work centers, which would increase unemployment. These government political decisions certify that there is a preoccupation on the part of authorities with preventing social irritants that would endanger their control and public order. Nonetheless, one can visualize their intention to confront State bureaucratic resistance to changes, since these, in some measure, affect the special interests of the strata of society dedicated to the administration of the State.

In the midst of a global economic crisis, when unconditional supporters of Cuba’s governing elite continue to diminish and with unfavorable prospects of their being able to stop this process, it is significant that they stay the course in the direction chosen for the transformations that have been proposed. We know that the conservation of political power has been, and is, the first priority of the authorities, guaranteeing thus dynastic succession, and from this comes the immobility towards recognizing an independent civil society and political opposition and the signing of the United Nation’s Pact of Civil, Political, Economic, Social and Cultural Rights.

Nonetheless, and independently from the causes that motivated it, Cuban authorities decreed an amnesty last year that benefited a large number of political prisoners or prisoners of conscience and allowed many of them to leave the country with their relatives. They have reiterated that by the end of the year they will liberalize, in some measure, travel restrictions from or into Cuba for Cuban citizens, and will end legal obstacles for the sale, purchase and transfer of houses and automobiles. All these measures have been happening and developing without external increased flexibility towards the authoritarian government by the forces that participate and in fact have influence on the Cuban topic: the government of the United States with their embargo and the European Union with their Common Position.

On several occasions the thesis of the double blockade has been supported: the embargo of Cuba by the US government and the blockade from Cuban authorities toward the people with regards to innumerable restrictions to liberty and rights that limit their chances of reaching a dignified standard of living. In some fashion, we find ourselves now in a transitional context that can facilitate, after a fifty-year wait filled with obstacles and failures, a peaceful aperture towards a democratic state based on the rule of law that will allow us to succeed in the search for liberties and the common good. Any way you look at it, the so-called Government Economic Model is a failure and has no solution. Against it conspire, not only the natural laws of economics but also the State bureaucracy, with its endemic petty corruption and the aging of the ruling caste.

With regards to civil society, independently of a specific cases and facts, the non-violent political opposition has not demonstrated, to date, that it possesses the ability to mobilize the population so as to impose its demands, although increasingly it has become the popular reference point for the nature of real change. Nonetheless, Cuban totalitarian authorities, certainly concerned by the current events in the North of Africa and other potential conflict areas, seem irritated and react, in certain occasions disproportionately, to situations that don’t justify it.

There is an imaginative collection of varied prospective visions regarding Cuba, arising as much from current living circumstances as from our recent history and the supposed events that, in a near future, could develop. A part of these visions includes specific elements that are shared and essential for Cuba to steer in the direction of liberties and democracy. Among them are:

Another topic of transcendental importance is the participation of the Cuban diaspora in the reconstruction of the nation. Not only from necessary economic considerations, but also towards the reconstitution of the plural national spirit and restitution of its traditional unique traditions. In this direction, the totalitarian authorities of the islands have an obligation to recognize the nationality of all Cubans who live in foreign lands, including recognition of double nationality in those cases where new legislation created to this effect deem it appropriate.

In another sphere, ingrained opinions are debated regarding the need to obtain unity among the different sectors of the non-violent political opposition. Some prefer joining rather than uniting. Historically, the Cuban non-violent opposition has been plural, and this has defended it from the insidious activities of the political police, among other matters. Joining, based on common arguments and aspirations, appears to be what is most convenient.

There is a long list of potential steps that could be taken to move in the direction of nursing and providing impulse to the irreversible political changes in Cuba; in summary, it would be enough to bring back the magic formula of creating bridges and removing obstacles, so as to bring closer, in trust, in solidarity and in peace, all of us, the Cubans.