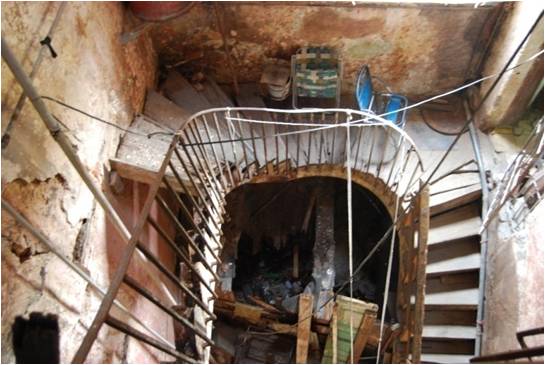 Across the country, inhabited homes continue to collapse. The housing deficit and the bad conditions of housing in Cuba can be cataloged as a “chronicle of an announced collapse,” something inevitable because of the progressive deterioration of the constructions on the island.

There is no research process undertaken to investigate what is responsible for the collapses, much less a subsequent compensation to those injured. The performance of the search and rescue brigades is the only thing that improves, their catalog of irresponsibility of the residents or victims.

The parliamentarians in their last regular session did not prioritize a discussion of the topic.

In these times of cholera, Cuba is at the center of the hurricane and the edge of the sword before the world. The opinions about those who hold the reins of government are expressed. The guilty in the shade are those who lead and let it happen, and if this is so how blind are these minds.

The institutions behave impiously and the populace pays with its blood and its lives the price of being captive. It is alarming, those who are sheltered under the grim shadow of a system in ruins.

It’s obvious, half a century of delay in Decree Law 288, issued by the State Council, at the end of last year. The legal statute authorized and buying and selling of real estate, but it is still impossible. The poor Cuban people, with a salary of roughly $15 U.S. a month, cannot aspire to even a modest apartment.

The government recently gave birth to private subsidies through bank loans but over 50% of the requests are rejected. On the other hand, the speculation in and hoarding of construction materials have made it “mission impossible” to acquire the materials legally, as demand grows in sync with their disappearance.

According to Gladys Bejerano, Controller General of the Republic, stressed in the VII National Audit, the new guidance on self-regulation would be applied in the Construction sector; specifically with regards to the sale of materials and to the awarding bank loans and subsidies to individuals.

More can be done, over-population is an important factor to be taken into account in the marginalization. Cuba in general is flat, with large tracts of land unused in agriculture or housing construction. Several generations live in the same house.

A Christian friend sees this from a positive viewpoint: It’s good to keep the family together.