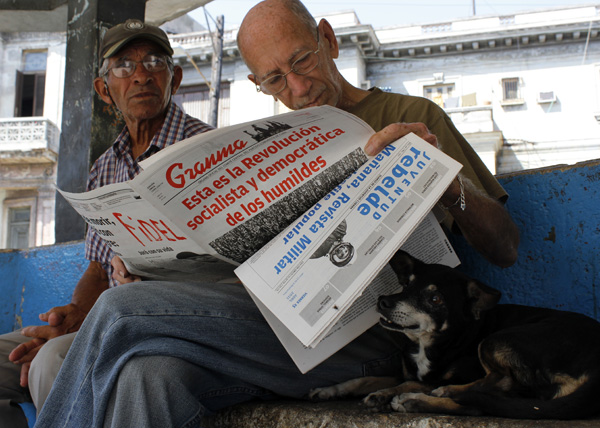 It’s true that the cries of the street vendors are annoying, but it is the best option for those in the hospital, or those taking care of a sick person, I don’t think banning their sales is the solution,” commented Maria Elena, while buying a sandwich from a reseller at the Julio Trigo Hospital in Arroya Naranjo.

But L. Alvarez Padron is “in complete disagreement with dissimilar self-employed trades coming to make their sales at different hospitals.” He made this known in his letter published last March 25, in the Letters to the Editor section of the newspaper Granma, where he also received the government’s response this May 27th.

On Friday, the newspaper published a “response to the measures adopted to eliminate the sales by the self-employed in health care institutions,” from Dr. Alfredo Gonzales Lorenzo, top representative of the of the health sector in Havana province, to the letter writer Alvarez Padron.

The reader complained about the “…sellers of baby clothes who burst into the rooms or cubicles of the birthing center at the National Hospital, calling out what they sell in each room, causing very undesirable annoyance.”

“It’s a situation we can not allow given all the negative consequences it brings, so measures have been applied at different times, to address it without our having achieved the necessary effect,” admitted the Provincial Health Directorate in the capital, who recognized “there was a rich exchange on the topic” between the reader and hospital administration.

He also reported that, “The statements of the letter and the facts themselves,” were discussed in hospitals with their managers and workers. According to Dr Lorenzo Gonzales, the provincial administration planned a program of actions, that include applying measures and demanding individual and collective responsibility from the workers of the sector.

He also made known that the Provincial Administration Council (PAC) of the capital agreed at a meeting this April 11, to include “in the regulations of areas for self-employment, that sales around the hospitals are not authorized.”

“It is true they sell at high prices but with a little cake or a toy from the street vendors here, I can calm my child for the 4 or 5 hours I have to wait for our turn to see the doctor, because there is never anything in the State cafeteria,” said Xiomara, the mother of a child who is seen monthly at the orthopedic clinic at the Boyero William Soler Children’s Hospital.

Even when the state declared itself unable to satisfy the demand for services from the population, Dr. Gonzales Lorenzo, at the end of his response, requested “the cooperation of all our people in the revolutionary struggle, to not allow vendors to proliferate,” in hospitals.