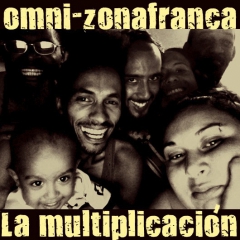 The coordinator of the Cultural Project OMNI Zona Franca, Amaury Pacheco del Monte, is a dreamer. He fantasizes he can offer his family a comfortable life. He’s far from juggling enough to meet the needs of his six small children. His family suffers fromthe housing shortage onour island, and on top of that,from institutional and human indolence.

Fourmonths ago Amaury illegally occupied an apartment in the capital district of Alamar. He broke into a building that had been vandalized and used by lovers. The apartment was empty for years, but it was requested by several neighbors who lived stacked on top of each other, or who had serious health problems and needed an apartment like that one, on the lower level. Amaury lived in subhuman conditions, like other Cubans, even if, according to the Constitution, everyone has the right to adequate housing.

The maxim that your best friend is your nearest neighbor doesn’t have as much force today. The neighbor upstairs sleeps peacefully, without turning the passkey that could supply water to the new tenants. He refuses to do it until ordered bysome authority.

Weeks pass without access to water or electricity. Institutionslike the Committee for the Defense of the Revolution, the Federation of Cuban Women and Social Workers have made an appearance, each like a poor student who goes to school just to be present. They appear unfazed by the shortage of essentials. The Neighborhood Council also remains deaf and dumb before these events.

“Representatives of some agencies advise me to say thatthey alreadywent through here if someone checks; they take notes as proof and go away,” points out Iris Ruiz, Amaury’s wife. “I won’t accept a bureaucratic response,” she says, with her newborn daughter in her arms, who, asleep, seems oblivious to what is taking place.

One of the most famous phrases of our National Hero, José Martí, comes to mind: “Children are the hope of the world.” It’s ironic to see a family that has contributed to thealready marked birth rate in our country unable to find a solution to their problem.

The General Housing Act offers some ways to solve cases like this. One is to facilitate the status of squatters so they become renters, with the possibility of purchasing the home and paying the set price.

Ibelieve in the popular saying “if you want it enough, it can happen.” However, Amaury’s family awaits a favorable ruling by the lazy officials. Not out of pity, but because of their duty to uphold the law.