14ymedio, Havana, 24August 2020 — Tropical storm Laura as it passed through the city of Santiago de Cuba caused two fires in the early morning hours of this August 24, leaving at least 19 homes affected, along with a warehouse in an evacuation center and the headquarters of the Provincial Poultry Company.

According to the journalist of the official station CMKC Radio Revolución Ada Mirtha Carmenaty, the fire in the poultry company, of great proportions, was put out by firefighters. The reporter said that the incident occurred around 3:30 am, at the intersection of Aguilera and Corona streets, in the center of the city.

The fact was confirmed by Yaneydis Hechavarría Batista, vice president of the Municipal Defense Council in Santiago de Cuba:

“About 3:30 am in the Poultry Company with great damage to this property and neighboring homes. Quick response from firefighters, defense zones and municipal and provincial Defense Councils. We do not have to regret any loss of human life,” Hechavarría Batista wrote on her Facebook wall. 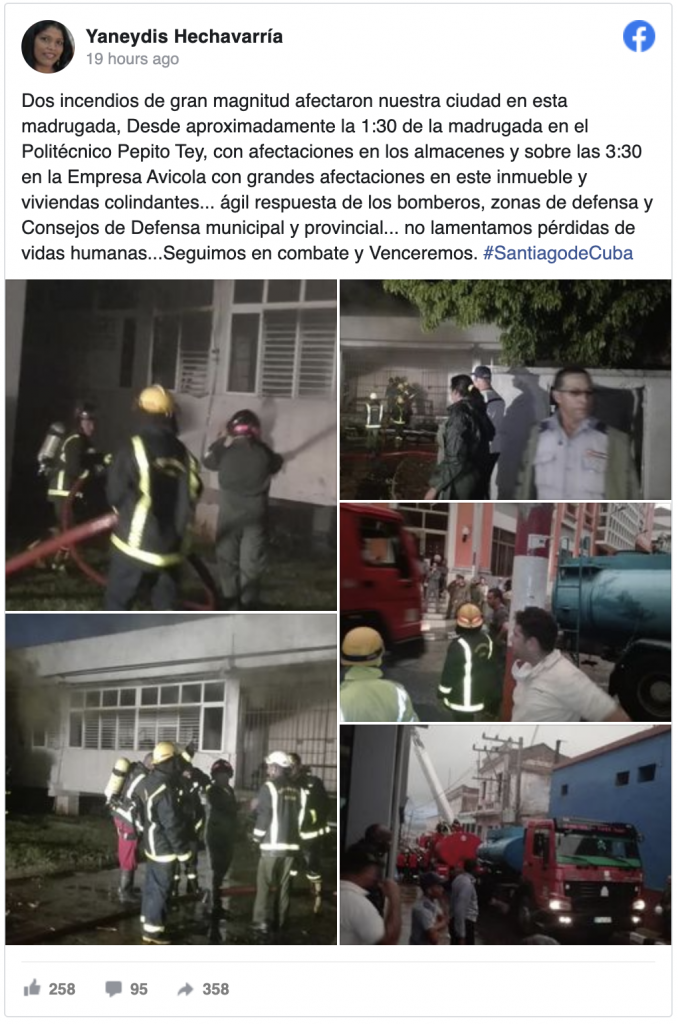 Orlando Ocaña Gómez, correspondent in Santiago de Cuba for the state radio station Radio Progreso, reported that personnel from the Integrated Rapid Response System worked on the site and confirmed the total loss of a property belonging to the Provincial Poultry Company and severe damage to two multifamily buildings.”

Hours before this incident, around 1:00 am in an area of an evacuation center of the Politecnico Pepito Tey, mattresses that remained in warehouses as a reserve for the evacuees caught fire. “The people took shelter,” reported Ocaña Gómez. 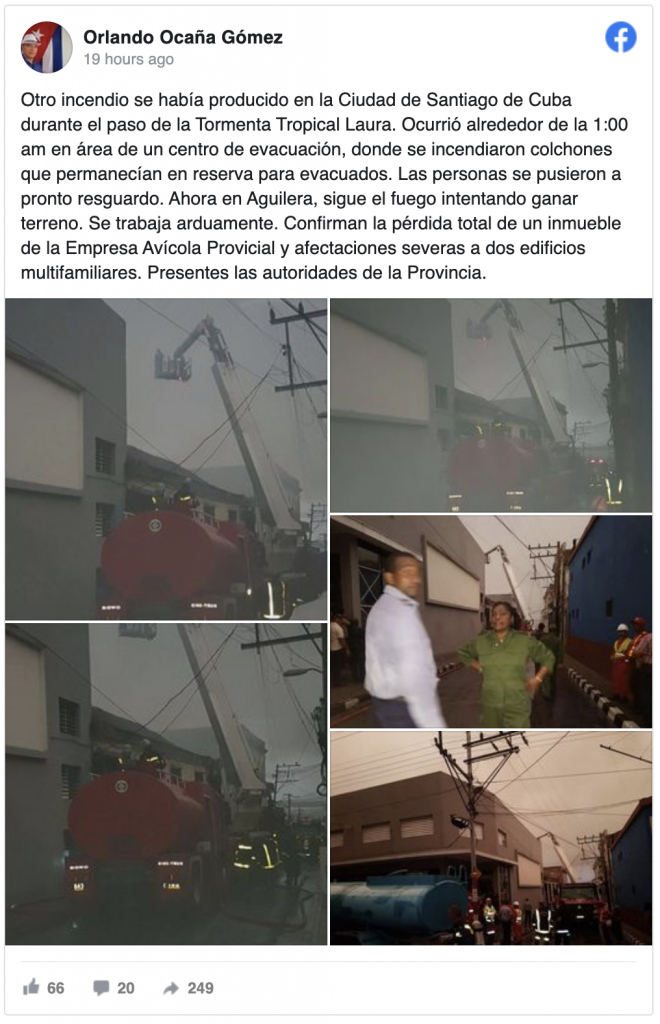 On social media, residents of Santiago de Cuba posted images of the fire that occurred between Aguilera and Corona streets, while noting other damages in the city such as falling poles and trees and damage to roofs. 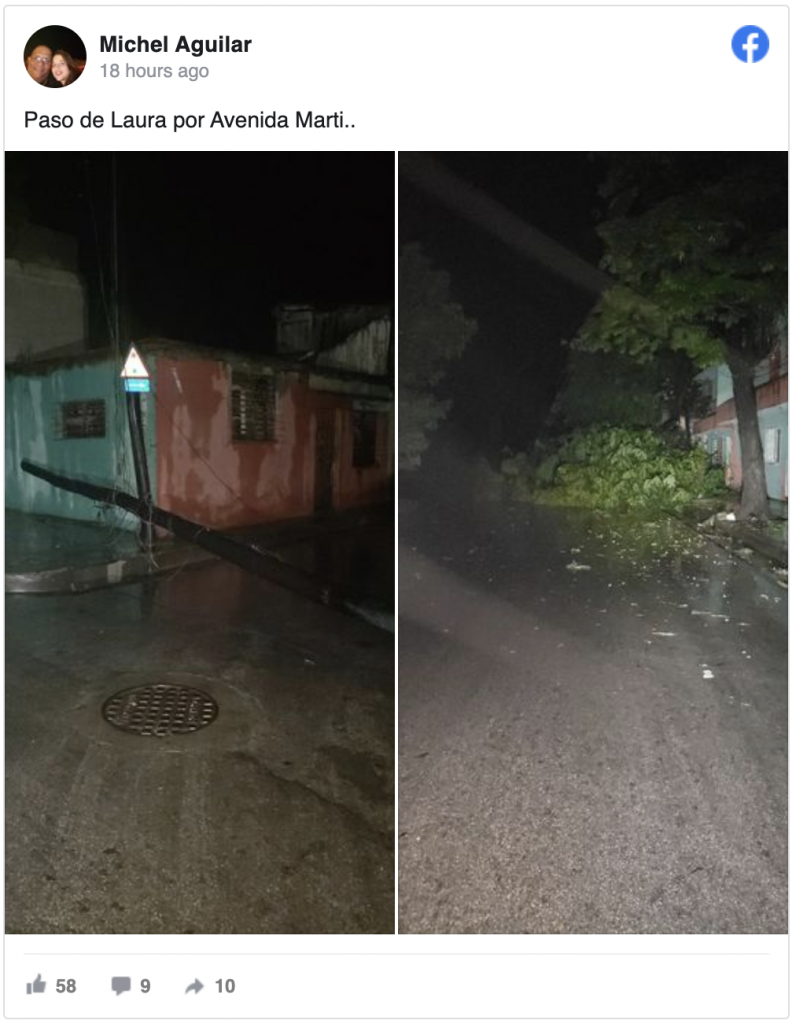 At the end of this note, local media reported that at least in Santiago de Cuba, the force of the winds continued to decrease, as did the storm surge, although there was a warning that areas of showers and thunderstorms with strong winds in gusts will remain.