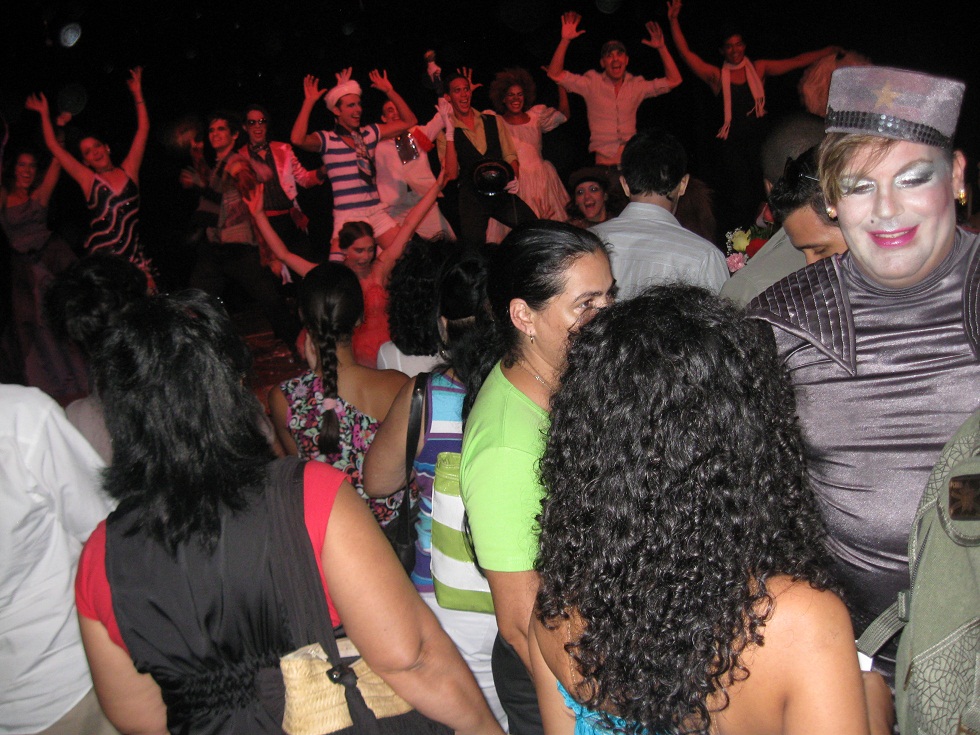 After a month of rehearsal, Il Gruppetto presented on August 31st at 5:00 pm, in the old Palacio de las Cariátides del Malecón de La Habana, their spectacular Showtime, the universe of musical theater,which reinvents our Broadway-styled musical and attempts to “offer the original creators’ point of view and fill them, transform it with our own while still being faithful to the fable, the characters, the scores, to the sublime duty of the interpreter to say the song, to tell the story through the musical notes”, according to David Guerra, scenic artistic director.

Besides David Guerra, also in charge of the selection, translation and adaptation of the shows; Ubaíl Zamora, musical director; Lynet Rivero in the choreography, Livan Albelo as assistant director and costume designer and art director, Marcel Mendez the lighting, Edwin Ramirez and Maikel Gonzalez makeup and hair design, and John C. Millán in photography and promotion, as well as Raul Coyula in sound and Alexey Sallet in the lights make up the creative team.

The audience that packed the Sala Loynaz room of the current Spanish American Culture Center (Centro Hispanoamericano de Cultura) did not enjoy a common concert or theatrical performance with a logical order, but “scenes and moments drawn from some of the most relevant works of this specific kind of representation, … divided into pictures by theme or by composers, with profiles of various parts and the genre itself as the guiding thread”.

The program shaped by David Guerra favored the deployment of the concerns, energies and talents of young people who personalized the originating pieces of a genre that requires renovation among us, with the purpose of oxygenating the Cuban musical theater and betting on diversity, the differences and connection with other nurturing sources that will raise spirituality without forgetting that the theater is magic and fun.

This journey to the musical, of galloping rhythm, grace and unusual virtuosity, included in its program pieces like The Transgressors, Chicago, Cabaret, The Rocky Horror Show, Evita, The Phantom of the Opera, Jesus Christ Superstar, Rent, Moulin Rouge and Les Miserables.

Despite the choreographic recreation surprises, the scenic displacements, the vocal virtuosity of various interpreters and the connection with the public, this show needs to be exhibited in September or October in rooms with better acoustics and more space, such as the Mella or the Trianón. For its quality, creative daring, and public reception, it would be worth another season in another location. Thousands of habaneros will be grateful. Successes!