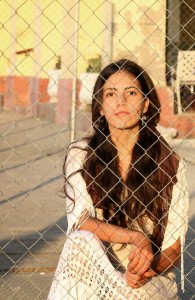 Despite daily violations of the most elementary freedoms, Cuba has once again managed to join the United Nations Human Rights Council.

Rosa Maria Paya has continued to present herself before this and other international forums to denounce the reality, request support to foster democracy, and ask for a serious investigation to reveals the real reason for the death of her father and her friend Harold Cepera.

Cuban officials say that these two Cubans died in a “traffic accident,” though the two foreigners who accompanied them lived: the Swedish politician Jens Aron Modig (who was asleep at the time of impact and who then lived eight days of Kafkaesque detention in Havana ) and the Spanish Angel Carromero (who was convicted in Cuba of involuntary manslaughter, and who from his own country is demanding an international inquiry into what he considers a State Crime).

The two foreigners were isolated and coerced by the State Security. There are witnesses who saw these 4 people enter the hospital alive, but the only “investigation” allowed was undertaken by the dictatorship itself, which more than once had threatened to kill Paya, and whose version the Spanish government validates. Rosa Maria, and many others of us, are convinced that a shadowy operation was still waiting, like so many other manufactured horrors, for the answer will never be admitted by the Castro government .

I share this video of Rosa Maria Paya at the UN against the complicity of this organism with the dictatorship: