Shooting themselves in the foot 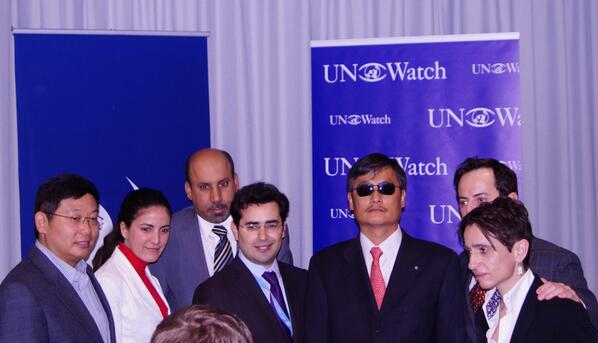 That Cuba, China and Russia have been elected to the Human Rights Council of the UN might seem like a joke if it were not such a serious issue for the world and especially for this international body.

For those of us who directly suffer violations of our rights it would be logical if it awakened outrage in us, but giving a vote of confidence and analyzing the possible strategy, above all with Cuba which has not signed the treaties, is like a forced invitation to join the inescapable democratization of the 21st century.

Perhaps one can use that saying, “God take care of my friends, as for my enemies I will take charge of them and keep them close,” because now Cuba will be more in the public eye, and their actions more visible, as in “violations of individual rights,” in which the regime is competing for one of the top spots in the world.

We are struck by the way Cuba’s national media have spread the news: they have done so in a brief and tragic mode, and not with the boasting that usually accompanies their Pyrrhic victories.

Is it likely that they fear how Cubans will feel about rights and demand their own rights? So, the less they know the better? We assume that at this point that the mandatory question that Raul Castro will be asking himself is how does he get away with not complying. How could he ask for respect and collaboration if he has been a champion for such violations through the decades? What example could he give and demand of those countries who do not practise these things?

To comply with the UN would be to stop being a dictatorship, and the Castro brothers are still not convinced that they can do without totalitarian power, which they like and have exercised for over half a century.

Hopefully the choice was a wise, diplomatic, cunning one by the UN, and will enjoin Cuba to sign the Covenants, postponed for more than five years, since that position morally obliges them to respect them from now, given that they will be the guardians of their respect. At least I’ll believe it after I see it.