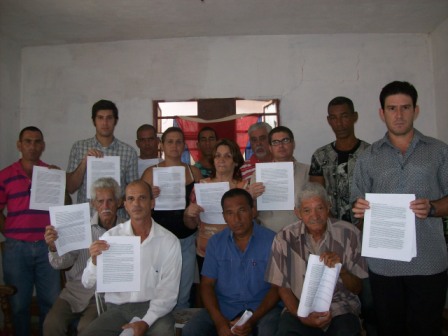 A Proposal for the Modification of the Electoral Law [Propuesta de modificación de la Ley Electoral] was launched yesterday through a petition at a modest press conference. There were no interruptions to the event on the part of State Security, although they were carefully watching us from the distance. The initiative comprises two stages; the first one consists in its distribution, in and out of Cuba; we will attend the neighborhood debates where the guidelines are being discussed and will present our demands of an overhaul of the Cuban electoral system. The second stage will begin with the collection of signatures around the whole nation, which will finally be delivered at the last meeting of the National Assembly of 2011.