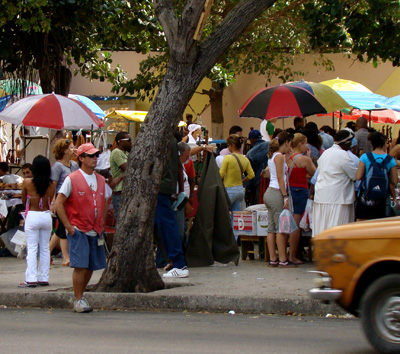 Timid colored awnings spring from nowhere and under newly opened umbrellas fruit smoothies and pork rinds are sold, while the doorways of some homes are turned into improvised snack bars with striking menus. All this and more is growing in the streets of my city because of the new flexibility for self-employment. Some of my neighbors are making plans to open a shoe repair, or a place to repair fridges, while avenues and plazas are being transformed by the efforts of private initiative. Some remain cautious, however, waiting to see if this time the economic reforms will really take hold and not be shut down as happened in the nineties.

If it depended only on the political will of our leaders, we wouldn’t be experiencing in this awakening of citizen inventiveness. The Revolutionary Offensive of 1968, though long-ago, is still fresh in everyone’s minds; that time they expropriated everything that was left, down to the polishes and brushes of the shoeshine boys. But the liquidity and productivity crisis now facing the country has forced the authorities to take emergency measures, among them defining 178 areas in which people can be licensed for independent work. 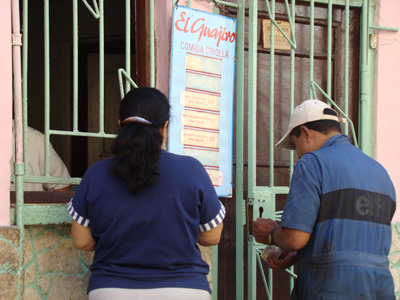 We experienced a similar revival after the social explosion in August 1994, which came to be known as the Maleconazo — named after the famous seawall around Havana — where riots broke out. After that day, when discontent and frustration led thousands of Habaneros to head for the Malecon with sticks, stones and shouts, something changed in our lives.

The disturbance was quickly controlled by shock troops, but the defeat did not really fall on the disorganized and desperate groups who broke windows; the loser of that revolt was the Cuban government. Within a few weeks popular pressure led Fidel Castro to authorize something he detested even more than his neighbors to the north, the growth of small private enterprises.

He reluctantly allowed us to rent rooms in our homes to tourists, to take out licenses to drive private taxis, to create restaurants inside homes, and to offer our services as clowns at children’s parties. Soon, the face of cities and towns began to change. The fresh breeze of individual effort swept away years of state monopoly.

The ice cream made by those improvised merchants was much tastier than that from the State factory, the ham and cheese sandwich sold from the window of an apartment wasn’t adulterated like those in the State centers, and many foreigners preferred the warmth and kindness of a family restaurant over the aluminum and glass structures in the official hotels. 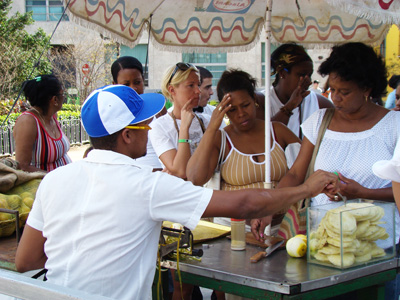 The new private entrepreneurs made it clear to us how centralization had lowered the bar of service quality, and they brought out traditional recipes we had almost forgotten. Despite the straitjacket and the high taxes imposed by the Ministry of Domestic Trade, despite the constant inspections and absurd prohibitions on selling certain products, many of these businesses were able to survive and grow. It required a thousand and one tricks o the part of the owners, but they could count on the complicity of their customers who — without any formal agreement — brandished the premise of “Pay for services from the self-employed before giving your money to the State.”

Then the regime was “rescued” by new financial support from abroad, coming not from the Kremlin this time but from Caracas. A petroleum-tinged embrace breathed new strength into the deteriorated government apparatus and prolonged the life of a dying system. Able to rely on an economic lifeline of this magnitude, the Cuban state lost interest in local entrepreneurs; yes, they were paying taxes, but they were making too much money and gaining ideological autonomy. 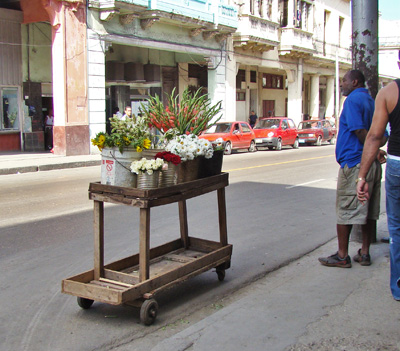 And so came the moment to close the tap: no new licenses were issued, taxes were increased, and new restrictions were created, each more nonsensical than the last. Hundreds of restaurants closed, they cracked down on snack bars, and only the strongest survived. Self-employment became a rare phenomenon in a society returning to total state control.

As they had done with the Soviet subsidies, our leaders squandered a good part of the Venezuelan resources on ridiculous campaigns and events of a political nature. Those petrodollars were used to shore up an already exhausted ideology, while the sugar industry fell into the deepest slump since early in the last century. Meanwhile, the mining industry was hit with low world prices, and services drowned in the diversion of resources — a polite name for manager and employee theft — and lack of quality.

Now that the time has come to prepare the accounts, the debts to other countries are enormous and the financial red ink foreshadows the collapse of the system itself. 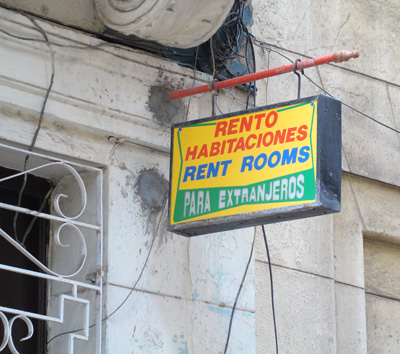 So now it is time, once again, to rethink the forgotten national entrepreneurs who had successfully prevented the complete shipwreck of the Island once before. Raul Castro himself announced the expansion of the number of licenses available for self-employment, and for the first time he tied the word “irreversible” to these reforms. He even confessed that a false egalitarianism had brought us to this point. The straitjacket that gripped individual initiative seemed to loosen.

The results are obvious. In just a few months we have recovered lost flavors, longed-for recipes, hidden comforts. More than 70,000 Cubans have taken our new licenses for independent work.

Despite the cautions from many, the still excessive taxes, and the absence of wholesale markets, small traders have started to raise their heads. You see them building their little stands, hanging colorful signs announcing their merchandise, rearranging their homes to accommodate a snack bar or a workshop. Most are convinced that this time they are here to stay, because the system is so suffocated it’s lost the ability to compete with them.