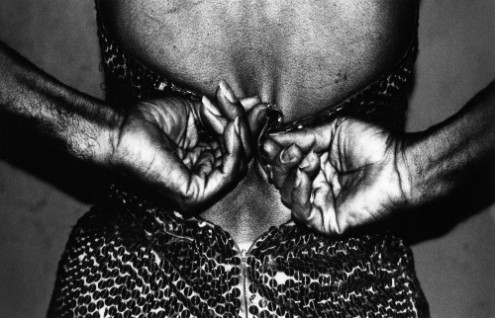 He lost his high heels in the race. And the unprecedented tropical downpour, furious and fleeting, spoiled his vermilion make-up, which dripped from his pleated dress, staining the imitation leopard skin.

The bright beam of a 400 watt light, focused intently from an idling police car, provoked a stampede of stunned homosexuals, caught red-handed in the middle of intercourse in a dark Havana park.

Cordoba Park, in the heart of the La Vibora neighborhood, has become a permanent plaza for discreet gays, scandalous transvestites and brave sodomites who do not believe in weather without the predictions of the Cuban Meteorological Institute.

That night, the guards in the patrol car are in a bad mood. STOP! they shout through a megaphone. The homosexuals disappear in seconds. But the transvestite on high heels can’t escape.

He tried running barefoot while holding his dress up. In his rush, he put his foot in a grating and got trapped. The cop, a black guy from Eastern Cuba, was fed up with the chase, completely soaked in the rain, and his military boots were full of mud. He looked at the anguished fag and screamed at him:

“Why are you running?! Maybe you committed a crime! You should have stayed put! Give me your identity card!”

The cop threatened to take him to the nearest police station. Trembling with fear and cold, his make-up smeared, in a barely audible voice, the transvestite answered:

“If you’re gay and a police car shines a powerful spotlight in the middle of having sex, the first impulse is to run. Things may have changed, but for a fag in Cuba, fear is always best.”

The two cops cut short the dialog. They frisked the transvestite and an imitation leopard skin wallet fell to the ground. Among the cosmetics something metallic and shiny rolled. A knife. It was the trump card for the nocturnal guards. “Now you’re fucked, faggot. Possession of a weapon,” they said, gloating, and handcuffed him without mincing words.

From their hideouts, the group of gays and sodomites watched the scene. Minutes later they returned to the gazebo in the unlit park, converted into the biggest homosexual inn under the open sky in Havana. This time, fear didn’t do their friend any good.