On Friday, August 10, in the vicinity of the headquarters of Estado de Sats, an operation was undertaken by State Security, with the participation of the police force, to prevent the public from attending the screening of the documentary Knockout, in our space: Cinema At All Costs.

It appears that the option of a repudiation rally, which they were planning and which we gained knowledge of and denounced, was changed for this operation, in which the following people (known to us, so far) were arrested and taken to different police stations:

All were released hours later with the exception of Eugenio who was still being held as this note was being prepared.

——- From earlier notice of the film screening ——-

The film is a documentary by Darsi Ferrer. This material shows starkly the abandonment and helplessness suffered by many boxers, former Olympic champions, in today’s Cuba. 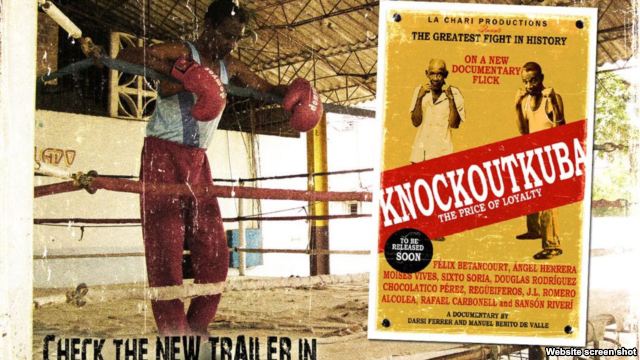