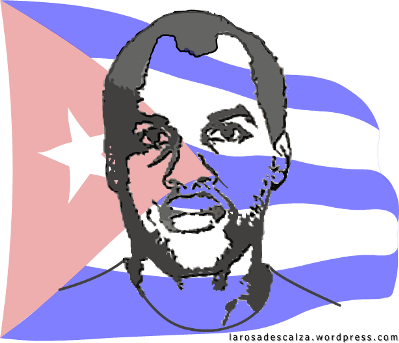 This February 23 commemorated the first anniversary of the passing of Orlando Zapata Tamayo, a man who paid with fearlessness for his ticket to immortality. He was serving a penalty imposed by a court composed of jailers, judges and police, where all were mentally uniformed and carrying the same intellectual arms. This tenacious fighter did not shrink or fold before his demand for better living conditions in Cuban jails, to stay with his comrades and not with the common criminals — commonly used aggressive instruments of the political police — and medical care, better nutrition and more humane treatment.

This mestizo and bricklayer, poor and from eastern Cuba, who went through door of death and entered history last year, belonged to that group of 75 Cubans arrested in March 2003 for exercising freedom of conscience. His claims were wrongly and cruelly misrepresented and purposefully distorted in broadcasts by Cuban authorities: only those accustomed to power and those who enjoy their “shark splashing” gifts try to maintain and feed this fiction.

Since February 23, 2010 the presence of Orlando threatens the repressive system of Cuba, where freedom is kept in handcuffs. Thus, there is the sad irony that even after death they continue police operations and harassment around his humble tomb in the town of Banes. This town that once provided the country with a former dictator, today, today, despite the sadness at the loss of a son, boasts of having given us a martyr. This humble mason, assigned by his oppressors to a modest slab in the cemetery of Banes, has built himself a lavish memorial on the altar of the history of the country.