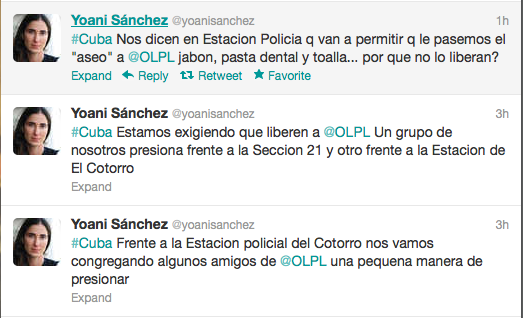 1 hour: They told us in the Police Station that we are allowed to bring toiletries to OLPL, soap, toothpaste, and a towel… why don’t they free him?

3 hours: We are demanding they release OLPL. A group of us are pressuring in front of Section 21 and another in front of the El Cotorro Station.

3 hours: In front of the Cotorro Police Station we are congregating — some friends of OLPL — a small way to pressure.