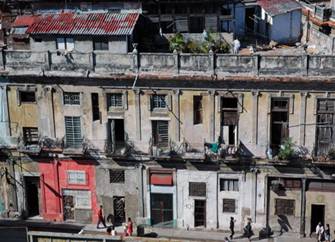 The work of the Founding Summit of the Community of Latin American and Caribbean States (CELAC) came to an end, in which most of the presidents, prime ministers and heads of delegations of the participating countries were in favor of the freedom, respect for the diversity, integration over the differences, peaceful resolution of problems, cooperation and solidarity, as guarantors of the present and future of this association.

They stressed now in and times to come, not wasting words or time in cycling back through history. But some, as expected, still tied to absurd ideological moorings, gloated over the past, noting internal and external blame for our difficulties, repeating hackneyed statistics that say nothing about the common citizen, and focusing all the tragedies of the region on the colonial powers of yesteryear and today’s imperial powers, forgetting that our common history is also full of messiahs, leaders, prophets, tyrants, dictators, demagogues, and a host of quirky and incompetent characters, largely responsible for our misery and underdevelopment, who have led us in fratricidal struggles for years, making us lose lives, resources and time.

It is good that the countries denominated “the South” join together, as well as the Caribbean, but it would be even more healthy and important that this union cover all the Americas, from Alaska to Patagonia. In short, however you look at it, we are a single continent. To establish new exclusions from countries with whom we trade and relate by their geographic proximity and also by shared history and culture, doesn’t help or lead to respect, understanding, or good economic and political relations. It presupposes a confrontation that, according to historical fluctuations (as has happened), sometimes others will be greater and lesser, but they will exist.

In addition, what is proposed to maintain the Community is respect for differences, summoning the will, defense of freedom and national sovereignty, solidarity, etc., — and this should also be demanded of the rulers for their citizens internally. Foreign policy and foreign nations should not walk in different directions, as so often happens.

Welcome to CELAC, just so long as their actions fully meet the interests of the citizens of its member countries, and do not become an instrument of the interests of rulers and cliques which, in turn, stop its presidency. Time and events will have the last word.