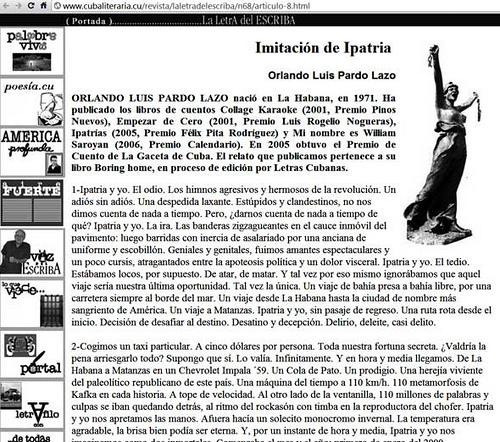 In 2008, my book of stories Boring Home, was ready to be published by the State publisher Letras Cubanas (the cover was one of my photos). It was censored not for its contents but from the idiocy of Iroel Sanchez, with the permission of Abel Prieto and the traveling salesman Miguel Barnet from the United States, all because I published critical columns in blogs such as Fogonero Emergente and Penúltimos Días. 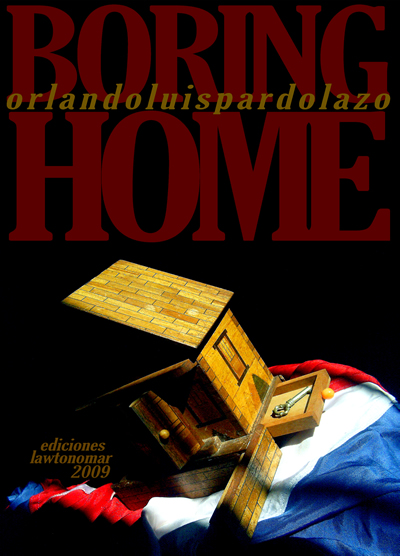 Link to article above: www.cubaliteraria.cu/revista/laletradelescriba/n68/articu…

Translator’s note:
The image above is from a Cuban government website and is a story by OLPL from his book, Boring Home. The introductory text says that the book is in the process of being edited for publication by Letras Cubanas, a Cuban government-owned publisher. The book was never published by Letras Cubanas, however readers can download it for free, here, as OLPL self-published.