I went to the Zoological Park when the sun was still beating down. 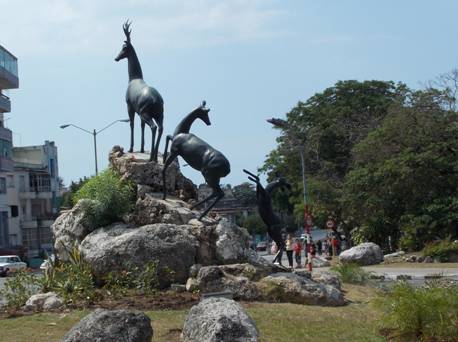 In my tour I could see the lion sleeping or exhausted, indifferent too the proddings of a public who want to see him standing up and roaring. 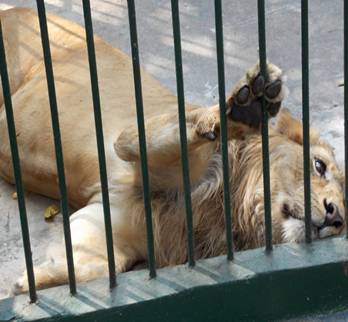 I went to the fountain of my childhood, thinking I could find some water to refresh my hands. 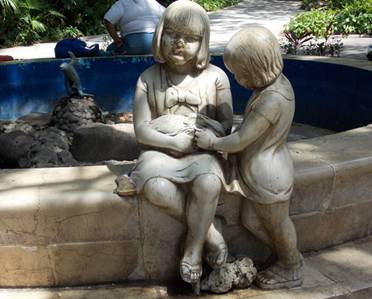 Not only was it empty it was very badly cared for. I decided to go see Monkey Island. 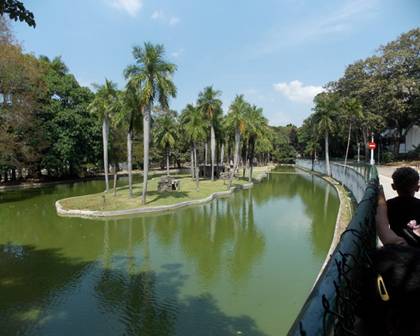 The island didn’t have any monkeys and its waters were putrid.

Then I thought I’d go see the beautiful birds from different countries on exhibit in enormous cages and the peacocks that walk among the visitors; but I couldn’t because a vet was working there and I crossed the street with him and on asking he said, “There are almost no important species left and the cages are broken and rusted. The few peacocks that have survived we’ve had to put in cages so people don’t steal them.”

Disillusioned, I took the road for home; I preferred to remember those beautiful plumed creatures I had seen them many years ago. Now you can only see a single Australian species, which didn’t have a sign to tell you its name.

It’s rumored they are going to close the park now for repairs. I hope that this time it will not be simply cosmetic, and worth the trouble. It would be very sad to lose this zoo, that in its time was a architectural joy, making several generations of adults and children happy and, on its own merits, becoming an emblematic place in the city.