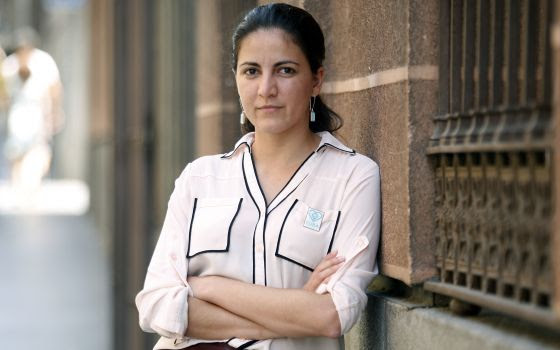 Leader of the Christian Liberation Movement and Cuba Decides

“The United States is negotiating with the Cuban caste.”

Cuban regime opponent, daughter of Oswaldo Para, speaks of the shortcomings of the thaw.

To Rosa Maria Paya (b. January 1989, Havana), daughter of the late Cuban dissident Oswaldo Paya and a member of the Christian Liberation Movement — founded by her father — is not afraid to say the thaw will not end “the embargo on freedoms” that the Cuban Executive imposes on its inhabitants. “The United States is talking with the Government and those surrounding it. But civil society is left outside. It is a privilege reserved for the Cuban caste. For the rest, it is a situation of exclusion,” she says.

Although she looks favorably on the advance in relations between both countries — in her own words: “And attempt to include Cuba as part of the international community is good, provided the inclusion is of all of Cuba, not just the government.” Paya believes that the reestablishment of the talks offers a “halo of legitimacy to a Government that every day violates the rights of its citizens.”

And she defends, over and over again, the need for this process to come with a change for society. “The confrontation with the United States is the excise the government has used to justify some of its repressive measures. Now the excuse has fallen but the situation continues the same, which shows that it was not the United States that was oppressing Cubans, but rather the government itself.”

Among the North American giant’s motives, according to Paya, should be to defend “the opening of Cuba to Cubans themselves,” to offer legal security to entrepreneurs who want to embark on new commercial activities on the island.

“Totalitarianism is a tacit threat to them, like negotiating with the mafia. I don’t expect an altruism from foreign investors, but to negotiate without the guarantees of democracy is to accept the rules of the Cuban government,” says this young woman of 26, with some political ideas of her own who spend this same time leading rallies in front of the cameras.

In drawing a parallel between this “game that follows the rules of the Cuban government,” with the current situation of the thaw in which the United States, despite its initial demand to ensure the rights of Cubans, has finalized the embargo and removed Cuba from the list of countries sponsoring terrorism, without a real advance in freedoms for society.

Paya says, “It is terrible when talking becomes more important than the objectives of the talks. When this happens, the impunity is total and the government feels free to assassinate a Sakharov Prize winner and nothing happens.” She is referring to her father, Oswaldo Paya, who died in 2012 in strange circumstances in a traffic accident. “To call it an accident is to use the government’s words,” she says.

Paya’s criticism against the executives who prefer “to ignore the violations of human rights” is not directed solely at the North American giant. The young woman even links to “the 15 years of recession experienced by the democracies in the region,” with the Cuban dictatorship.

“I’m not saying it’s the only reason, but it is a common denominator. And you can observe the complicit silence of the senior Latin American politicians with all the crimes of the region, not only those of Cuba,” she says.

The instrument that the Cuban Christian Liberation Movement proposed to achieve that advance in rights and initiate a process of the democratic transition is to hold a plebiscite to ask the citizens of the island if they want to participate in free elections, in which any citizen can stand as a candidate of the opposition, with full media coverage and, above all, “with guarantees for the voters that there will be no consequences from the powers-that-be.”

Looking at this utopian scenario cannot, however, ensure that Cubans taking to the polls is going to translate into the end of the Castro mandate. “I believe that if Cubans could vote, they would vote for freedom. But if they do not do it, all we can do is to give them the tool. Cubans will be free when they want to be so.”