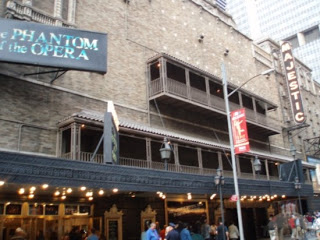 Today, New York unravelled a little before my uneasiness.

My heart shrinks at the hour of twilight. The city makes itself ephemeral, Cuba emerges with the darkness. I extend my hands and breathe out loud, but still it’s as if never again I would be able to love my love.

I buy cards to call the world (really, they buy them for me). I enter and leave a marvelous function on Broadway (really, I am invited and madly waste the opportunity). The people outside take pictures by a sea of disguises and vivid colors (I keep going without hooking on the thousand and one looks that propose a wink of who knows what). I try to take a taxi but all go by full. I cough, cough and expel a bit of water through the nose. The skyscrapers are toys. They forgive me but, precisely because they are in front of me, I cannot believe them (too much Hollywood weakens a sense of what’s real). Behind are death and repression: banal, vile, misleading. Like Cuba in this hour of the world in which I escaped (only to be caught later as a rabbit).

On the Columbia University campus, some North Americans show their Castro slogans against Yoani Sánchez. In my opinion, everything is a show. They shouldn’t have read her (I don’t either read her anymore: from now on, only action will change the criminal state of our society, which is dismantling its most decent families with blows of horror). But even repudiation in New York is beautiful, and it’s difficult to compare such pop protests with the savage deeds in the streets of Cuba that the Ministry of the Interior sponsors without pay: of what I know, they hire prisoners and workers (excuse the redundancy) in exchange for a snack and organic juice (in Brazil it was our excellent ambassador who recruited the leftists in exchange for free scholarships in the Island of Liberty).

I speak with the exiled. They have followed me in the last years through the internet, which I find to be completely disconcerting. I start to meet the graphic face of the free Cuban blogosphere, the magnanimous Rolando Pulido, an exceptional soul. We chew things (I’ve spent days and days in which I barely eat, barely sleep: I think only like this I will resurrect), my body needs to be touched by the gaze of love. The exiled know that very soon they will not longer be exiled, that we have to found a new country without hatreds or a past, where only the Communist Party out of respect will have to be at least 50 years with electoral limits (without vengeance, which wouldn’t bring even a pinch of liberation, but bringing to the forefront all the truth about how much and how much in Cuba was eradicated with the intention to perpetuate one or two people in power).

For while the post-exiled amuse themselves with my nonsense in 140 characters and, even though their spirits seem much more sensitive than those of anyone else on the island, they don’t have the slightest clue that my funniest tweets are the product of an asphyxiating desperation. I say it for the first time at the sight of the arrogant Hudson river: only in Havana could I love my love, only in Havana would I then be the death of my love.

The cold pierces my hands, that finish the day red and with pain. I would like to die of tuberculosis in the XIX century, anagram of the XXIst. I would like to read in The New York Times that the Cuban Revolution was a type of collective illusion, that all Cubans always have lived full of light and with freedom outside (every frontier is a fascism), that within the rotten heap only remain the Castros and a cadaver Twitter account as a dictatorial cenotaph (who inherits the followers of an account once the tweeter dies lying in campaign with the phantom of his recovery). I would like to move only in the metro or that please you teach me this week, you. I would, also, like to be a homeless person, of the type of I have seen at midnight. One day I will get out of the car followed by a caravan of security and I will give them a US dollar bill exchanged for my CUC in Havana. One day, and it’s not a rubbish metaphor, Orlando Luis Pardo Lazo will be another homeless in this city and you will not notice. Just give me a little time to complete my cosmic cycle of destruction.

I am finished as a writer.