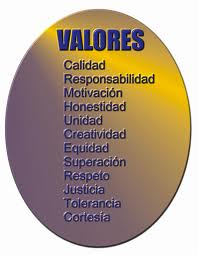 The prime time news on Cuban television provides an account of the loss of values of Cuban civil society.

In it they highlight a complaint by a doctor who is bothered by the loud music at night recreation center near his house. The victim in this case, the doctor, complained for several days without getting any response.

Several people are victims of lack of education! Where do they put the churches and underground gay shows?

These two in recent years have expanded throughout the whole island. The activity with microphones or loud music or building a very musical church! They do not consider the place that is always surrounded by neighbors.

The Cuban Revolution with its more than 50 years of existence has brought many irreparable customs that in their promoters’ eyes are good.

What did the Revolution teach us?

In a bus today today, a person with a small child, be it a man or a woman, should be given a seat, but men and women both, many of them turn away to show they’re not looking, but sometimes you see someone chivalrous, but you don’t see it every day.
Formal presentations by the TV is a waste of time, the practice has always been the best way but since even that has fruit, a society destroyed by a revolution of equality where some work and others who work live. “This is what we will continue to develop.”

The Revolution taught us to organize a line of people has already failed, no one lines up to catch a bus (the word “last person” does not exist*).

Formal educational presentations on the TV are a waste of time, the practice has always been the best way but it no longer bears fruit, a society destroyed by a revolution of equality where some work and others live on their work. “This is what we will continue to develop.”

*Translator’s note: In Cuba, it’s customary for new people arriving at a line or a waiting room or area to ask “who is the last person?” and to organize themselves in that way, versus standing for long hours in line.