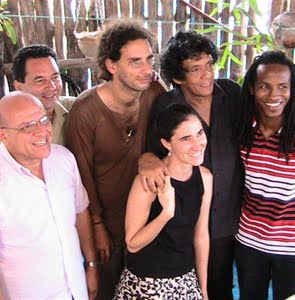 On Tuesday night, June 29, in the city of Pinar del Rio, we delivered as part of the jury, the prizes in the contest of the independent magazine Convivencia (Coexistence).

Upon entering the house of Karina Galvez, one of Dagoberto Valdes’s most fervent collaborators on their publishing project, we were welcomed to what was left of her home, because by providing office and meeting space for citizens she earned a visit one morning from several State officials, escorted by the police, who invaded her property and destroyed the back wall, splitting the house in two.

From the street you can see the double wall now dividing the house: one of concrete and one of metal plates, which serves, of course, as a blackboard to capture the drawings and free thoughts of her visitors.

Ultimately, the officials are not guilty of carrying out their disagreeable role. We know that later, as in the Nuremberg Trials, they will say they were just following orders and if they refused they would have lost their jobs and in the end, others would have replaced them. These murderers have no conscience — and neither does it the country’s police hierarchy, which ordered this action in violation of the several of the most elemental human rights — so their conduct, rather than angering us, causes us pity, as that in our eyes they are so unhappy and miserable. However, as I said publicly to Karina, I feel so proud of her and her family, and even envious. I am afraid I’m not up to her level, as in spite of everything she hasn’t lost her constant smile.

History has shown us that “walls” are demolished. This wall is a symbol that the sacrifices of Dagoberto Valdes, the editorial team of Convivencia, and the participants in the civic education workshops, are necessary.