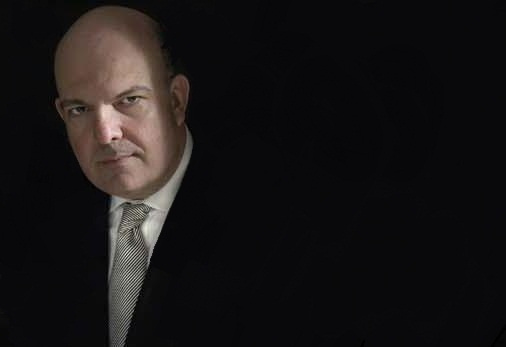 Juan Juan Almeida: You’re a journalist, curator and art critic. You have written for Sotheby’s and specialized magazines. You’ve been interviewed for the Wall Street Journal, the New York Times, RAI, CBC, NBC Nightly News. Anyway, like it or not, you have a known profile. Tell me something about you, something no one knows. How do you see yourself?

Justo J. Sanchez: As a chubby subversive with an unflattering profile. (Laughter.) But seriously: as a man of insatiable curiosity, rebellious, provocative, a believer in dialogue. My revolution removed the terra firma armed with the question: Anything else? My inner struggle is inspired by Foucault and Thoreau. A secret wish? To slip, swift and silent (like the angels in Wings of Desire) into Havana. To emerge on Diez de Octubre Avenue at the Church of the Passion, perhaps to visit the chapel of Santo Cristo de Limpias on Corrales street. To give thanks for my absence, to mourn for my deceased mother, mourn the crushing paradox that is Cuba. A man’s encounter with chaos, destruction and the cruel absurdity opens the door to the deepest sadness. I can not imagine otherwise.

JJA: I was reading your blog “Ink and Poison,” clearly you have something abandoned and your readers protest. It’s bold, exciting, irreverent, immodest, descriptive … and enviable. How, in what circumstances and why the idea of the blog?

JJS: From the Greek idea of “The Pharmakon,” dual nature as a poison and cure. My ink would be a “Pharmakon” with an effect therapeutic or lethal. Thanks, JJ, for portraying me as “immodest” because in reality “Ink and Poison” has self-indulgent moments when Gallicisms abound and references are reanalyzed.

How did it come about? As an act of rebellion against the stupidity institutionalized in the Spanish press. El Nuevo Herald, Univision, Telemundo, El Diario / La Prensa based on the assumption that on crossing the Straits of Florida, the Rio Grande or arriving at an airport one loses one’s intelligence. The mission of the “Latinalia” in the U.S. media is to disconnect the reader or viewer from strongholds such as El Clarin, El Tiempo, La Jornada, El Pais, El Mundo from Spain to Latin America that are the pride of the profession. Meanwhile the less they think and the more they entertain — with soap operas and JLo’s buttocks — the more prizes they win.

JJA: I read you had a friend who is a spy. Describe to me briefly this feminine James Bond. Did she try to recruit you one day, get important information out of you or uncover your closely held secrets?

JJS: Let us make two adjustments: it was friend and with regards to James Bond, I would say that Vicky Pelaez and her husband worked like Austin Powers, a spoof on spies. We were coworkers at a New York newspaper. The Peruvian that now cleans the streets of Butovo was no more than a bourgeois agit-prop. With converted rubles and dollars she paid for piano lessons for her son. She lived (courtesy of the SVR — the Russian Intelligence Service) in one of the most dull suburbs of New York. She was paid by the director of a newspaper who published her string of slogans — written during trips paid for by Cuba — like front page news. The writings of the spy Peleaz, like those of the director Gerson Borrero (Borrico? Borrego?) appeared in Granma and Cuba Debate. Thus we can measure their editorial objectivity. The National Association of Hispanic Journalists never investigated the case. I never liked the spy Pelaez. My political ideology made it impossible to join up with this so-called “vermin.” She always made be feel like she was a slogan-repeated jukebox. 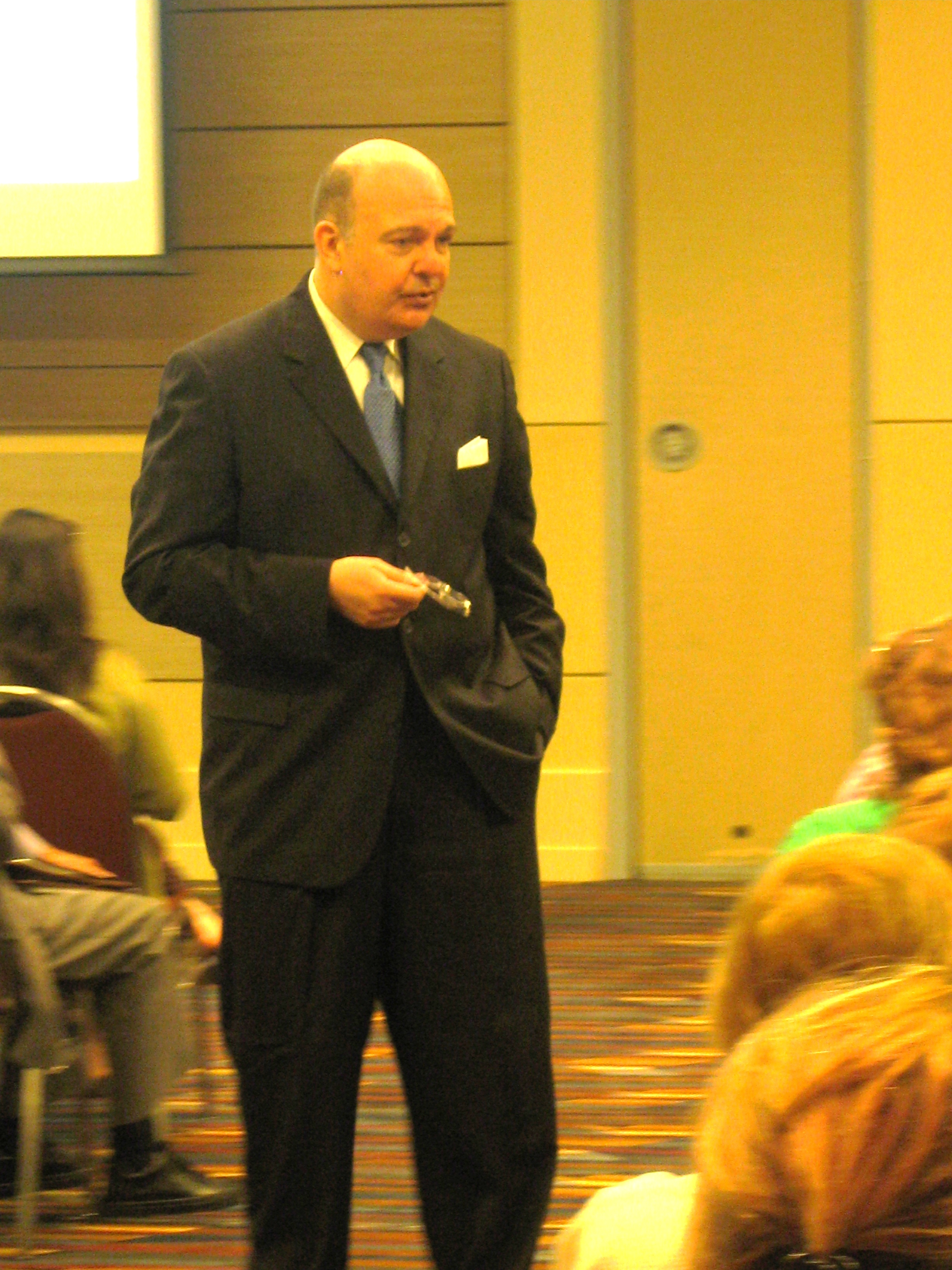 This whole little group sounds like Chomsky and Galeano as if they were systematic and rigorous observes through an acute progressive lens. I still communicate with writers, journalists and activists in the “Latino” world. In addition to writing with spelling mistakes, all of them, their so pompous friends included, repeat clichés about as sophisticated as those on a Che T-Shirt and, SO HAPPY! I wonder: do you think there is anyone in the Latin American left or is it all a pose? It’s not like this in the Anglo world where Professor Michael Harrington, professor at Yale, joined a group of union activists who carefully reviewed the political praxis. In London the New Left Review is published. In North America we have Mother Jones and The New Republic, which are reflective journals. Neither in Cuba nor in other Latin American countries am I aware of any serious thinkers of the academic left.

JJA: We met in a corner of Miami. We started to talk, you caught up with me and told me that the Cuban authorities will not allow you entry to your country. What explanation do they give you? Why not hop on a boat or an airplane and show up in Havana? Why accept the violation of a civil right?

JJS: The reaction is very simple and is numbered. Is reason # 550. My emails to Cuba are returned consistently with: “The user is blocked, reason 550.” Maybe we’ll have to look at texts of number theory, some multiple of “i” the imaginary number, some imaginary world like the Borgian “Tlön” where 550 is meaningful. One publisher wanted to send me to Havana for a study of colonial art. Not even through a European government where he resides, could he get me the visa. A feudal lord and his entourage do not have to give reasons for its provisions. It is executed.

Remember that in the operas of Wagner there is the concept of sacrifice. Brunilda immolates herself at the twilight of the gods. Tristan and Isolde have a “Liebestod,” a “love death.” Do you see me immolated in Cuba? For whom do I suffer my “Liebestod”? Can I visualize myself as Siegfried in his day? How to speak of Wagner when there all you hear is Van Van? What boat or plane would take me to Havana? That of Penelope or Odysseus? Who waits for me in the Ithaca?

JJA: Why would a man of your height own such a small car?

JJS: I don’t have the budget for nor do I need a grown-up car. I loved this little car in Berlin and as soon as it went on sale in American my sister bought it for me. I’ve always driven small cars. In Miami, the car, the outrageous ready-to-wear clothes, are measures of stratification of the brain dead. I assure you, friend, I refuse to participate.

Thank you for the interview and for your friendship.

JJS: You have a friend at your disposal. I admire your simplicity, kindness, gentleness and humility in the Christian sense. You are a warrior of peaceful resistance. Don’t change.