Saavedra Lazaro Gonzalez is a Cuban artist. His “interventions” on the email network with works from his “I-MEIL Gallery” often bring to the debate a quick dose of honesty, coherence and force, for which the national intellectual camp always seems unprepared. This is his “Journalism,” received in my in-box on January 28, as an offering for José Martí’s 158th birthday. 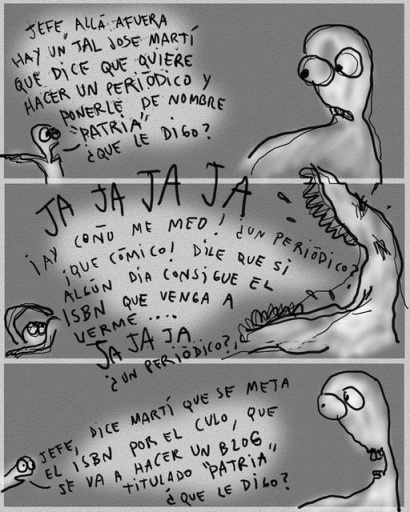 Note: This post is from the blog Man in the Clouds, a translation of “Hombre en las nubes” which is being prepared for inclusion in HemosOido.com and TranslatingCuba.com. Soon you, the reader, will be able to help us translate this great blog.