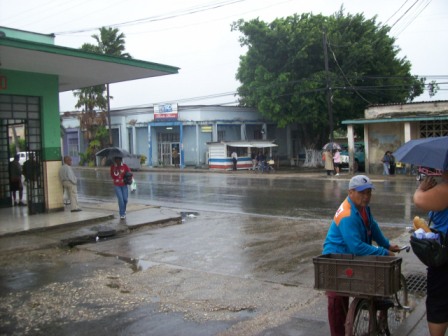 It was mid-afternoon, the door half-open and rumor was alive from a distant and hopeful Egypt. All of a sudden some shouts flowered in the rusty railing. Bobby was a guy with luck in the art of negotiating and the black bag who, one fine day, decided to leave and try his luck in cold Russia.

Out of the blue, you couldn’t make out his face, he’d changed so very much since the last time we’d crossed paths. His visit took me by surprise. At the end I didn’t understand what the motive was for his sudden visit if we were both on diametrically opposed roads.

I open the door and invite him in. Later, I offer him a cup of coffee to cut the tension level down a bit. I notice he’s really disturbed, the movements of his eyes alone give away the young man’s unease. I was doling out the words of welcome drop by drop. In the end I didn’t understand in the slightest what this guy was carrying in his hands. I asked him to please leave his apprehension aside and cut to the chase.

Finally he decides to calm down and tell me the reasons that generated the unexpected encounter. On the Internet he’d found the other — hidden face — of Cuba and he wanted to bring something although it was useless to the cause of freedom.

After having said the moving words, the conversation starts to flow lazily. He narrates in detail the excuses and stunts to which one exposes oneself on each trip you take to the Russian city of Stalingrad, earning in the best of cases a minuscule percentage which isn’t nearly enough to live together with your family in Havana.

He also alleges having been accustomed to tough luck despite the irrefutable pain that being separated from one’s loved ones and the land of one’s birth provokes.But that which no one can forgive Roberto for is the time he wasted living with his back turned to the Cuban reality. Now he is another person thanks to the distance and the diaspora itself. Soon his aspirations are to correct his errors and help in the construction of a new Cuba without the Castros.