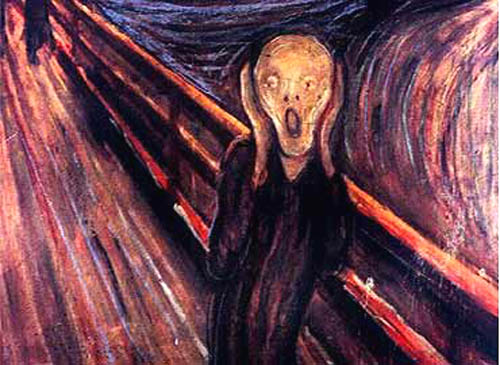 Sometimes I think it could be a dream. A bad dream, of those who start with innocence, stealth, even taking certain perverse nuances and making us wake up in the middle of the night, the sweat sticking our skin to the sheets. And then, a taciturn happiness that leaves us breathless, thinking, between horror and gasps, “It’s just a nightmare. My God. Nothing more than a nightmare.”

Sometimes I think we are all dreaming. All this couldn’t be happening to us. We don’t deserve it. No people can be hypnotized without end. Spells are fragile, they break down. And so I believe: sometime people will wake up, look around, feel a common shame, a common happiness, for having been in such an undignified sleep.

And they forget, also by common agreements, that while this evil dream lasted they were harming others: brothers in the Fatherland and of blood; brothers in faith, language, race. They forget, to relieve their consciences, that they once called out “To the wall!” as forgiveness is claimed, they demanded death with the music of their hands, their rhyming choruses, their laughing lips.

They forget that they bit like the worst cannibals: not those who go out to eat the flesh of other tribes, but those who stuff their guts with the flesh of their own; who once made an effort to curse and offend, to beat and exclude. To send a million of our brothers to the other side of the sea, condemning them to exile where many had to die with their hearts awash in grudges, never healed nostalgia, longing without peace.

After pulling off the sheets, at last, the country of sleepwalkers is about to wake up trying out a smile badly taken as a universal apology: the apology of the innocent Catholics on remembering the Inquisition; the apology from the Germans when their Aryan and racist nightmare finally came to an end.

One of those apologies that carried within itself the lack of decorum of many men over many years. Including those who don’t believe the apology to be necessary. Those who don’t understand the meaning of the word love: truth, sublime, the most sung and told: the love that doesn’t conceive of good for some and evil for so many others. Those who do not understand the meaning of freedom: for everyone, for those we love whom we don’t know we love, and without which some would end up bleeding to death in agony like some character of Borges, who begs his children’s forgiveness to dying so slowly.

In the name of those who know not of decorum nor spiritual superiority, the people also apologize

In the name of those who die perverted by hatred, thinking they did much good: that it was necessary to massacre the enemies of the State (may God not let you rest in peace, General Pinochet), that it was necessary to be done with the frauds (may you rot behind bars, Mark David Chapman), and who divide a dwarf country, rendering the bitterness of a dwarf country–eleven million natives: a provincial palenque–to segregate them in the name of an chimeric ideology, was the supreme duty to achieve immortality.

God does not love you, Comandante. I pity your senility and your inevitable mortality. Poor dried-up grape.

And after the pathetic dream, the end of this long night, so foul, so diluted in amnesia; this night with so many fragmented families, so many children without parents, so many Virgilios with fear and Cabreras without peace, so much hopelessly lost love, so many drowned seasoning the sea with their bodies… After this illusion of dollars and sharks, a return to real life.

The real life of a people segmented between worms and Party members, prostitutes and association members, communists and communitarians, officials and anarchists, bloggers and State security, beginning to gain strength, to lose the weakness of arrogance, the debility of the cruel, and to stroking their own heads like a kid afraid of a scolding: “It was just a prank, it won’t happen again, please.”

Sometimes I think I am the one who is dreaming. It could be. But I’m not the only one. And within me, in my brain full of real surrealism, naive and childish happiness, my floating Island is about to open its eyes after half a century’s slumber. And I want to be wide awake, like an inveterate insomniac, so that nobody has to tell me about it.