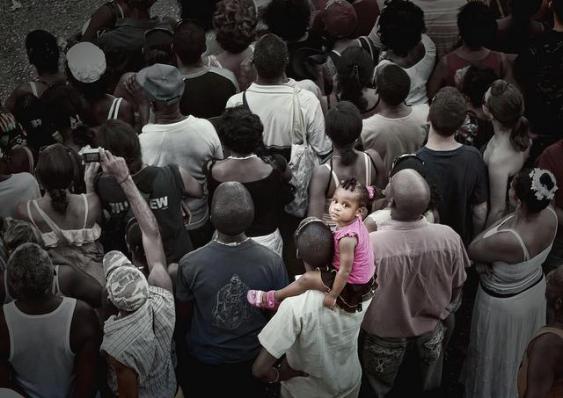 In recent days I’ve been able to understand perfectly the concern of the Cuban authorities because a breach has been produced in information control. I have been able to try it in these last days in trying to gather news about what’s happening in North Africa, and I’ve been given news that’s stale in a short while, like the confirmation of my suspicion that Muammar el-Qaddafi is a clown. With those poses, with that Praetorian Guard, with the limitless spending of State money, with that megalomania. It’s a news novelty for me, my newspapers always mentioned him as the Libyan leader and a friend of Fidel Castro by dint of his anti-American positions. Again the political allies of the Cuban government make me wonder.

After having compared so much news, they aren’t going to convince me that only the big media manipulate the news to present it according to its interests. Isn’t this the same intention of the Department of Revolutionary Orientation of the Cuban Communist Party? There exists a difference, nonetheless, an essential difference. A citizen of the world (a Spaniard, let’s say) if he doesn’t feel satisfied with the point in a notice in El Nuevo Herald, can consult BBC Mundo, La Jornada, or El Mundo to mention a few; and if he were not satisfied, he could look for more information in Telesur, Prensa Latina, or the selfsame Granma; and would still have the option of complementing those with opinion blogs. My Spaniard of the world could find among so many tendencies his truth to compare, to discern, to discriminate. But in Cuba, the country where we breed the most cultured human in the world, information poverty has brought as a consequence the absence of focus, the loss of blends, we have lost the culture of the dialog, the use of the reply, and its daughter controversy; everything has reduced itself to being with me or against me.

I am of simple expression and strike up dialog with whatever stranger. My commentaries on subjects of the international events don’t find understanding in the street. On the other hand, people show themselves ready to complain about transport, food, but careful, without being able to — or wanting to — identify the cause. This reactionary philosophy of this has no one who will fix it, but neither he who will knock it down, has soaked into many people with whom I interact. Not to mention fear. Someone must have written an essay on the subject, and if not, it’s a debt with our fragmented anthropological vision.