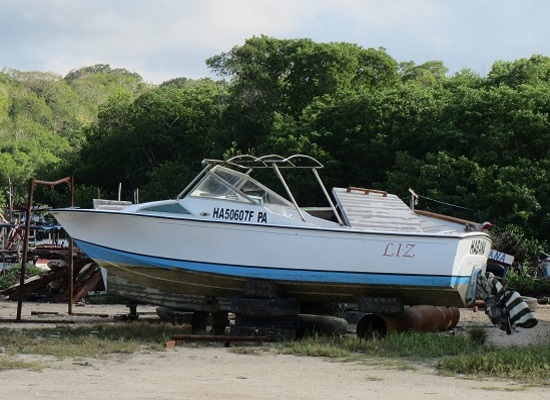 Although boat owners mostly fish, getting a boat is not as hard as people imagine.

Cubanet, Anddy Sierra Alvarez, Havana, 2 February 2015 — Any Cuban can have a boat in Cuba. You just have to be authorized by the appropriate authorities. Here is the detail Those who are interested in buying a boat are investigated. If they are authorized, all that’s missing is pure bureaucracy to become owners.

Miguel E. Gil, 52, fisherman and owner of a boat, said he never faced obstacles to buying it. “I just had to wait for the Cuban Vessel Register to authorize me, the rest is like buying a car,” he said.

But there are always some who are rejected, and this was the case for Mendoza, 30, who comments, “My request was denied, I was surprised because I’ve seen people with bad criminal records and I just I had a traffic accident. Like my friends say, I have bad luck.”

The price of a 12 horsepower boat (the most common) varies between five and nine thousand dollars, according to its characteristics.

“A Chernera model, fiberglass with Japanese Yanmal 12 horsepower engine costs $8,000, equivalent to 32 years of work by a Cuban with average wage,” said Ernesto Aguirre, 55, a fisherman.

Having a boat carries costs

An owner of a boat answers to the Ministry of Fisheries, Cuban Registry of Ships, Captain of the Port, Coast Guard, Fish Inspection and Ministry of Transportation.

Therefore, he will pay a tax of 75 pesos per year to the Registry, and a tax of 150 pesos to the National Tax Office (ONAT), for having a 12 horsepower boat, the tax is increased if the boat has more horsepower.

“I pay 150 pesos to the ONAT because of the characteristics of my boat. For having a fishing license I pay 60 pesos, 20 pesos per place (the number of people who I can carry in the boat), the professional fishing license costs 100 pesos. It allows you longline fishing. All that is annually,” said Michael E. Gil.

Navigation has its limits

By day, the authorities allow the boat to be up to 7 miles from shore, at night 3 miles.

“Not only is it limited to seven miles in the day and 3 miles at night, but you can’t be less than 50 yards from the shore, for fear of hurting a swimmer or to be planning an illegal exit from the country,” he said Alain Soto, 39, fisherman.

Although not controlled by GPS, if you are found more than seven miles out they will impose a fine.

“Before they would sanction you to one to three months without sailing, but now they impose a fine exceeding one thousand dollars,” said Gilberto Segura, 58, owner of a boat.

Maintenance, the safety of the ship and the fuel are borne by the owner

“Yes, everything comes out of our pockets, many of us have a contract with the Acuabana company that buys the fish supplies us with fuel, according to an agreement, which should be systematic,” said Michael E. Gil.

Although boat owners fully engaged in fishing, getting a boat is not as difficult as people imagine. There is a filter that will or won’t authorize you to be an owner, but from that moment you have to maintain it yourself, even though you have a contract with Acuabana.