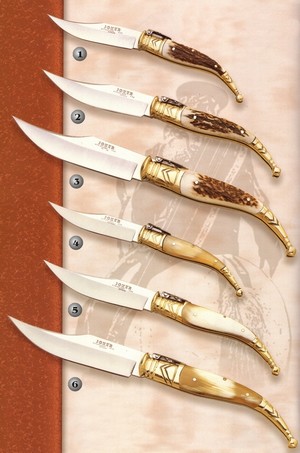 Joan, 19, wants a hectic night. After 7 at in the evening, after eating rice, beans and a couple of fish croquettes, he dresses in the style of a young Cuban of the third millennium.

Tailored Diesel jeans, tight crumpled shirt and a black leather jacket that gives him that look of a young gangster that Joan adores. Fine-pointed shoes, brightly coloured Swatch watch, fancy choker necklace and a Chinese pirate cell phone, an imitation of the 3GiPhone.

Before leaving home, if we can call home to a shack made of wood and fiber cement roof, with spartan furniture from the early 20th century- he gets the sharp barber’s navaja that he keeps under the mattress of his bed.

It is the norm for many young urbanites. Especially if you live in Mantilla, a district south of the city, located in the municipality of Arroyo Naranjo, the poorest and most violent of Havana with the largest number of imprisoned men in the capital.

The closest thing to the Wild West we have seen in American movies, are a few popular Havana dance styles. Between regaetton and low quality rum, a generation of teenagers who as a rule grew up with an unknown father or parents in jail in deep Cuba, usually see the young parties or low-class discos as a battlefield.

Smoking a few marijuana joints passes for fun. Cuban or “yuma” (foreign), if they have money in their pockets they take a hit of sorghum. Or buy a “magazine” of Parkisionil and head for the clouds.

Joan joins his friends in the neighborhood. Between them they buy half a dozen boxes of white rum known as “Planchao,” and pick up their “jevitas” (girls), some hookers, others marginal, who often carry knives in their synthetic leather purses where they keep the arsenal of the band.

Typical is to go out on a Saturday night with ice picks, knives, scissors, cut down machetes and some homemade gun, armed with a hammer of an old revolver.

Their effectiveness is doubtful. The stray bullet can go anywhere. But a firearm is always intimidating. The gang Joan leads this night has seized the alarms.

Last weekend, a thug from another area cut his face with two “swings” from the knives of a friend of Joan. The group is out for revenge. In the law of the capital underworld, it’s blood for blood.

In a cave-in site outside the disco they “nail” the military arsenal. Among intermittent neon flashes, run and reggaeton music from Micha, Osmany García y Los Cuatro, they dance like only they know, the reparteros, using slang for the residents of neighborhoods away from the city center.

A gang member identifies one of the youth from the rival band who disfigured the face of his homie. When the regaetton stops the war begins.

They push the dumpsters in the street and exchange heavy words. Each gang pulls out their weapons. To the rhythm of throwing rocks and bottles and the odd dangerous miss of the homemade guns, any passerby can end up with a gunshot wound.

Behind the windows the neighbors observed the fracas. At times it is more noise than anything else. Not infrequently it ends up with a teenager bleeding on the asphalt, after a relentless knife bath. The police are almost always late. Or do not arrive.