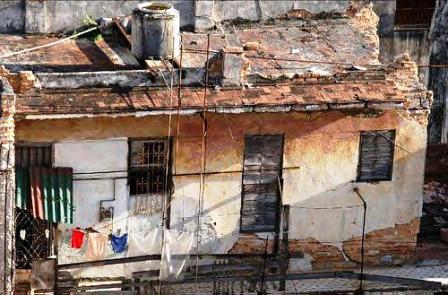 The Communist Party Congress increases expectations, yet the changes announced do not imply more freedoms for Cubans.

Cubans on and off the island are anxiously awaiting the announcement that certain prohibitions in regards to the buying and selling of houses and cars will be lifted. However, there is an excessive amount of optimism.

According to some street commentaries, the new legislation which would allow the buying and selling of homes was already ready before the Congress, though no one dared to speak of it first, under the conditions that it would allow judicial acts, legally prohibited within the Cuban system.

There is only one premise: in 50 years of revolution, and despite the errors, the historic leadership has not resigned control. If we try to answer some questions we will reach the conclusion that under the “Socialist Revolution” there will always be restrictions, or better said, prohibitions.

Will a Cuban be able to be the owner of his own home? Will the state resign its power of preferential acquisition? Will those who leave the country be able to sell their goods? Will they eliminate the legal system’s administrative confiscation?

To think that the socialist State will grant the freedom to sell homes and cars is pure ingenuity. We should only remember that in the guidelines approved by the Party they warned that they would not allow the concentration of property in the hands of private owners.

Although they may sell it as a reform, it is inevitable to see the permission to sell cars and homes as a new form of business which will eventually be controlled by the prices of the black market. The strategy is not new. They test it out with gradually removing products from the ration book, which are now sold at informal prices.

The economic valuation or appraisal of vehicles and houses are currently overvalued in the black market and depreciated by the State. If the government tolerates the prices of the informal market, the taxes will increase for the transfer of property. Without a doubt there will be earnings with the transactions which, despite the prohibitions, had been done illegally.

Meanwhile, I do not believe that the new legislative modification will repeal Law 989/61 which implements the “measures to be taken on real estate or personal property, or on any other class of value, etc. for those who abandon national territory with unforgivable disdain”.

Similarly, it’s not very likley that the National Assembly or the State Council will repeal the norms which allow the administration to judge acts which are supposedly criminal and to apply proceedings of confiscation guided by the principal of presumption of culpability and responsibility for the actions of others.

They will talk about reforms, but real changes will be very little, which is to say none at all. There are no guarantees while the government continues to have the right to administratively confiscate and the proprietors do not have the possibility of demanding justice before the courts. There is far too much optimism towards the announced changes made by the PCC. Freedom and permission are not synonymous.